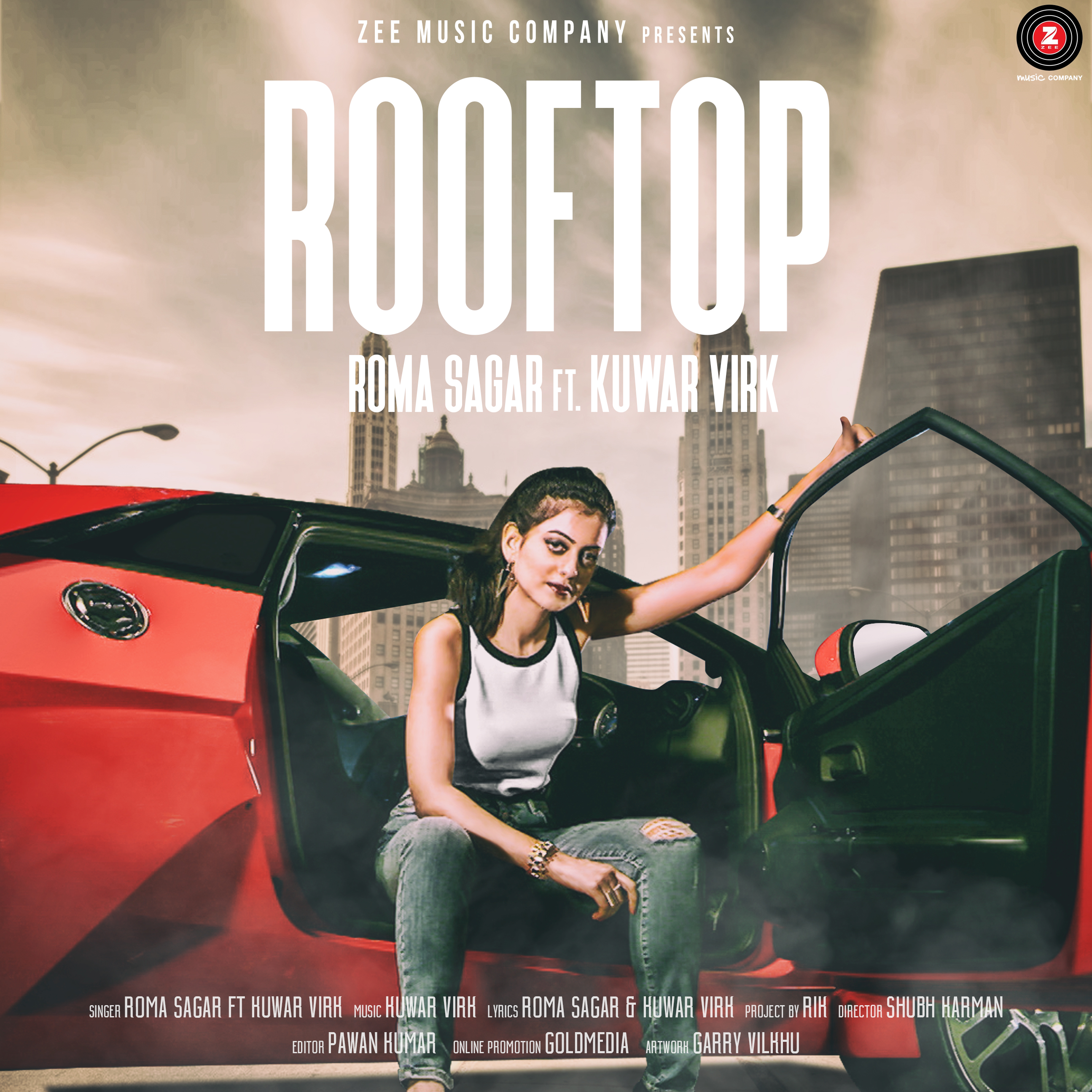 After topping the charts with her debut single ‘Tere Bin (I just Want)’ which was produced by Rishi Rich and her latest Bhangra song ‘Boli Paave’ by Desi Crew, Roma has had the experience of working with the finest in the music industry.

Roma is now ready to share yet another certified banger ‘Rooftop’ which has a slight different flavour to her previous releases, but in line with her Asian fusion style.

Roma Sagar is an international female artist who sings in Punjabi, Hindi and English. Her versatility as a singer and performer has captured media attention worldwide. In 2016, Roma was acknowledged as The Best Female Singer at The UK Bhangra Awards.

Roma has had a successful start to her musical career, she is an artist to watch out for. Having just come back from Mumbai and Delhi she has many exciting projects in the pipeline. Roma is looking to establish her brand and voice Bollywood songs in the near future.

Rooftop is produced by and also features highly acclaimed rapper and producer from India, Kuwar Virk who has worked in Bollywood and has had many hit singles. Together Roma and Kuwar have penned this song and believe that the lyrics are very catchy and edgy, the perfect ingredients for a hit single.

Keep in touch and follow Roma Sagar on the following social links;