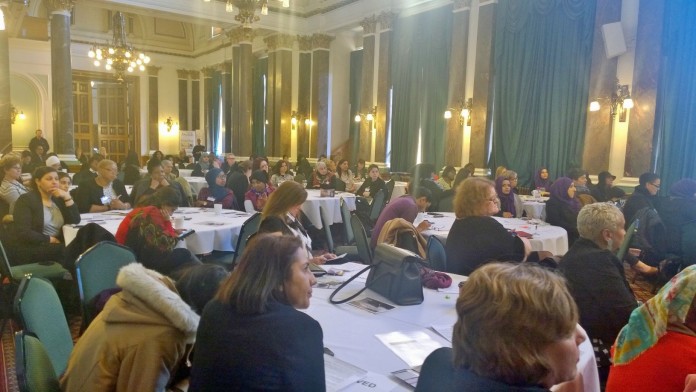 Monday 31st November saw the Inspiring Birmingham Women in Leadership summit held at the Birmingham Council House. This rousing event was dedicated to pulling women out of the woodwork and encouraging them to grasp the keys to their own life.

The Cllrs speech brought light to some disturbing data: Birmingham women earn on average £5000 less than men and Birmingham has the lowest percentage of women not in work (second only to London.

There were a number of keynote speakers at the eventJess Philips, Labour MP for Birmingham Yardley, described the need for a “structural response to a structural problem.” A speaker at the Summit, she described how the Shadow Secretary for Education was once dismissed as just Ed Miliband’s typist and how a false blame was put on minorities for the failure of the white working class as opposed to a crumbling economy. The Summit also tackled the issues within minorities themselves. For example, imposter syndrome. According to Philips, many women psych themselves out of applying for jobs whereas men are far more likely to apply- even to women only jobs.

As Jackie Casey went on to say, everyone suffers from unconscious bias, even in changing times. Casey, who works in Construction, and Manufacturing, explained how the changing face of construction did nothing to help stereotypes. Despite much of construction now happening off site, being more technical as opposed to physical and less weather affected, women are still locked out of the industry thanks to their gender.

There were numerous workshops taking place at the Summit, revolving around opportunities barriers and diversity. Another speaker was Shaz Manir from the Amirah Foundation who spoke on the struggles of Muslim women
specifically. It’s a highly disappointing fact that Muslim women are among the highest for economic inactivity. According to Cllr Zaffar, many women, especially Muslim women, are taken out of education at an early age, resulting in a lack of qualifications and job success. 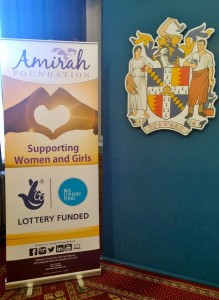 When we asked Cllr Zaffar what role ethnicity had to play in women’s politics, he affirmed that though ethnicity plays a separate role to gender, they are very much connected. “In many South Asian communities, and Muslim communities, some women are discouraged from leadership roles and careers.” He added that black women also suffer from a lack of leadership positions.

There was a prominent lack of men at the women’s summit- unfortunate given it is men that will be able to unlock the doors to women’s success as they currently hold the power, something that the Mark Rogers, Chief Executive of Birmingham City Council, who gave the closing remarks of the day also picked up on. He added that Birmingham will be doing all it can to raise those on the lowest rungs, women and ethnic minorities, and that they are committed to the growth of women in leadership.