Singer brothers Daler Mehendi and Mika Singh have a gift in store for fans — their first-ever musical collaboration, a track titled, Soniye will launch the start of Mika Singh’s music and talent company “Music & Sound”.

Music & Sound will be a platform for all kinds of artistic talents for newcomers from singers, musicians, models and more to reach Bollywood and beyond. Music and Sound will be a worldwide operation, UK will be headed Danny Singh.

The track, which will be released around November 16, has be 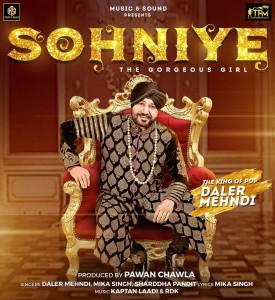 en in the making for a long time. “It took us one year to complete this song. I took the lyrics to Daler paaji and asked him to sing it. He agreed to sing as well as star in the video,” says Mika.

“At some point or the other, Daler paaji and I were signed with different record labels, so we could not work together. But now as freelance artists, this seemed like the best time for a collaboration. It’s our Diwali gift to our fans,” says Mika.

“The track is a RnB and hip hop mix in Hindi and Punjabi. It’ll make the listener love the singing and enjoy the dance at the same time,” says Mika, who admits there was a pressure of delivering a good track. “We know that Daler paaji and I are a complete package. Fans don’t expect much from others, but they know we can deliver music with all the elements of entertainment,” he adds.

As we look forward to the song, here’s the singer pointing out a coincidence about the brothers. “When Daler paaji launched his music label, his first track was Gabru, which was my song. And now, when I am launching my company, the first track will be Soniye, which will have Daler paaji in it 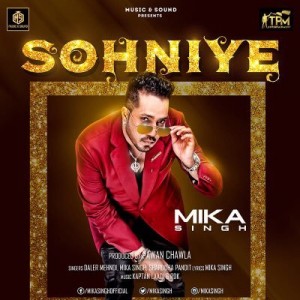 Singh revealed the poster on his Twitter account last week(9 November 2016). He felt the occasion was apt as the Republican candidate Donald Trump emerged victorious in the US presidential elections. The ‘440 Volt’ singer also went to congratulate Trump on his victory in the same tweet.

The brothers seem to be completely living by the ‘Singh Is Bling’ feel in their first poster.

Both Singh and Mehndi fans have been waiting to watch the brothers sing and dance together and producer Pawan Chawla is making it happen. In fact, in a hilarious video uploaded by the Music & Sound team, everyone is seen narrating the story behind the brother’s collaboration. We are not too sure if the video was intentional made hilarious or it just turned out to be so.