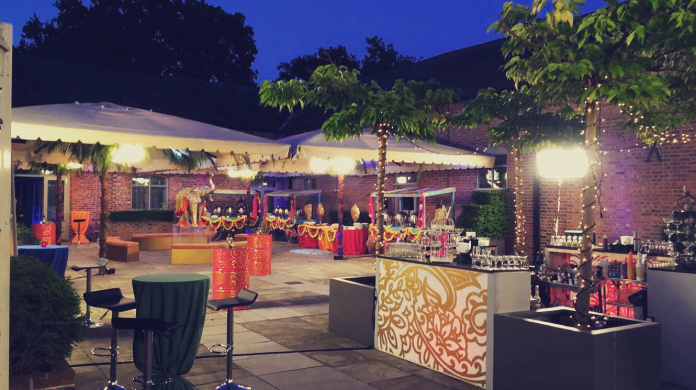 The Real Housewives of Cheshire returns to ITVBe with Manchester’s silver fox Raj Somaiya making a guest appearance on the show.

The popular series hit ITVBe screens back in January 2015. With viewers enjoying following the wives’ glamourous lives, the series quickly became one of the most successful original commissions for the channel since its launch.

This season showcases the Bollywood themed birthday extravaganza for housewife Seema Malhotra at Arley Hall with the who’s who from Cheshire attending. Seema Malhotra is the Victoria Beckham of Cheshire; she is a fiercely independent woman who owns a luxury fashion brand called Forever Unique, bringing style and culture to the TV hit series.

Viewers get to see Payal organise the celebration creating a taste of India for all guests, including street food stalls from Dosa to Tandoori; Indian Chai in traditional silverware and even tailor made drinks such as the Indian Summer cocktail. With everyone smiling and having the time of their lives, it’s safe to say the party was a roaring success.

The next series will return later this year and promises to bring audiences a healthy dose of drama, laughs and lavish lifestyles and events. Raj Somaiya immerses himself into their wide circle of friends and engaged in their hectic social scene.