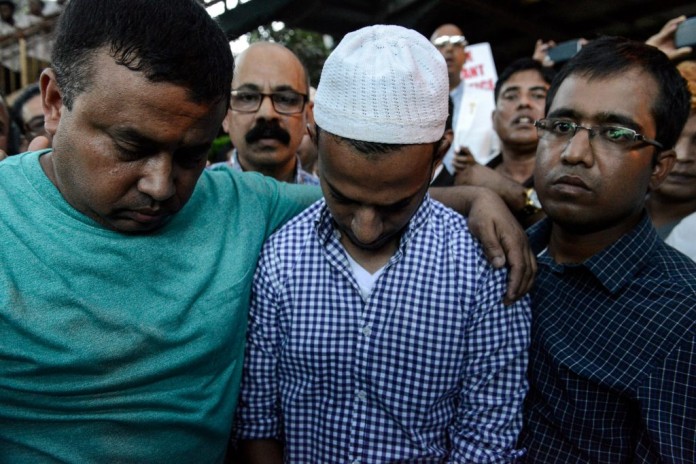 Police state a man approached two Muslim people and shot them in the back of the head. The victims were Imam Maulama Akonjee, 55-years-old and his assistant Thara Uddin, 64-years-old.

Although many label it a hate crime, police state there is no evidence yet that they were targeted because of their faith. A man was seen leaving the scene of the shooting which occurred in Ozone Park but no arrests have been made.

The victims were walking from al-Furqan Jame mosque in the afternoon at local time.

“You would watch him come down the street and watch the peace he brings.”

The said mosque caters largely to the Bangladeshi community in the area, Akonjee had moved from Bangladesh to New York two years ago according to reports.

A large number of Muslims gathered together to mourn the loss of the two men chanting “We want justice”.

“We feel really insecure and unsafe in a moment like this,” Millat Uddin told CBS New York.

“These were two very beloved people. These were community leaders,” Afaf Nasher, of the New York chapter of the Council on American-Islamic Relations said. “There is a deep sense of mourning and an overwhelming cry for justice to be served.”

“I understand the fear because I feel it myself. I understand the anger,” said Sarah Sayeed, a member of New York mayor’s staff who with Muslim communities. “But it’s very important to mount a thorough investigation.”

Last year the New York Times reported that hate crimes against Muslims living in the US had tripled since the terror attacks in San Bernardino and Paris.