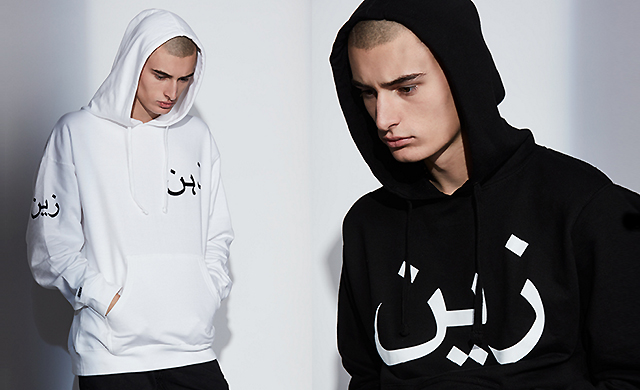 Zayn Malik can add a new credential to his resume: Designer. The singer has released his new clothing line titled ‘Mind of Mine’ consisting of tops, T-shirts and bomber jackets. It is a 23 piece collection.

What stands out however is the Urdu script writing emblazoned across clothing items.

Zayn shared his inspiration behind this fashion venture,

“I wanted to approach this as an opportunity to extend my ideas as an artist, and to give fans another facet of who I am,” he said.

“My family is from Pakistan, so having artwork in Urdu has huge significance to me,” Zayn added, some shirts had “Zayn” and “Mind” written in Urdu script.

Even his girlfriend Gigi Hadid has been spotted wearing a bomber jacket with Zayn’s name written in Urdu across the back.

The 23-year-old also worked with Mark Wilkinson, the artist who worked on the artwork for rock band Iron Maiden’s last album.

“Working with Mark gave me a license to do something exciting conceptually with a lot of colour and detail,” Zayn explained.

“The art we created gives a nod to the vintage rock-band T-shirts but with my own concept.” he added.