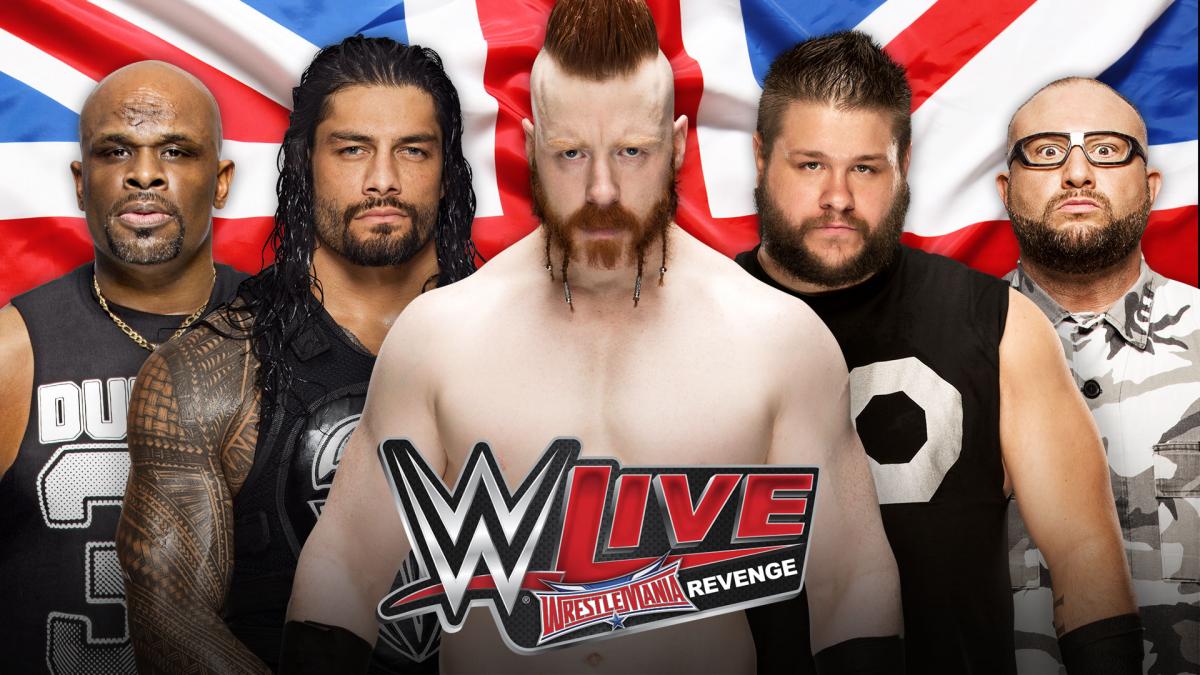 A jam packed arena saw audiences from all ages, male and female with masks, t-shirts of past and current favourites. The showed was opened by the ever beautiful ring announcer Lillian Garcia who sang our national anthem “God Save the Queen”.

Opening match which saw Stardust formerly known as Cody Rhodes taking on the Italian stallion Cesaro, the match was never in doubt as to who was going to win as Cesaro laced Stardust with blows and controlled the match and getting the pin via submission. 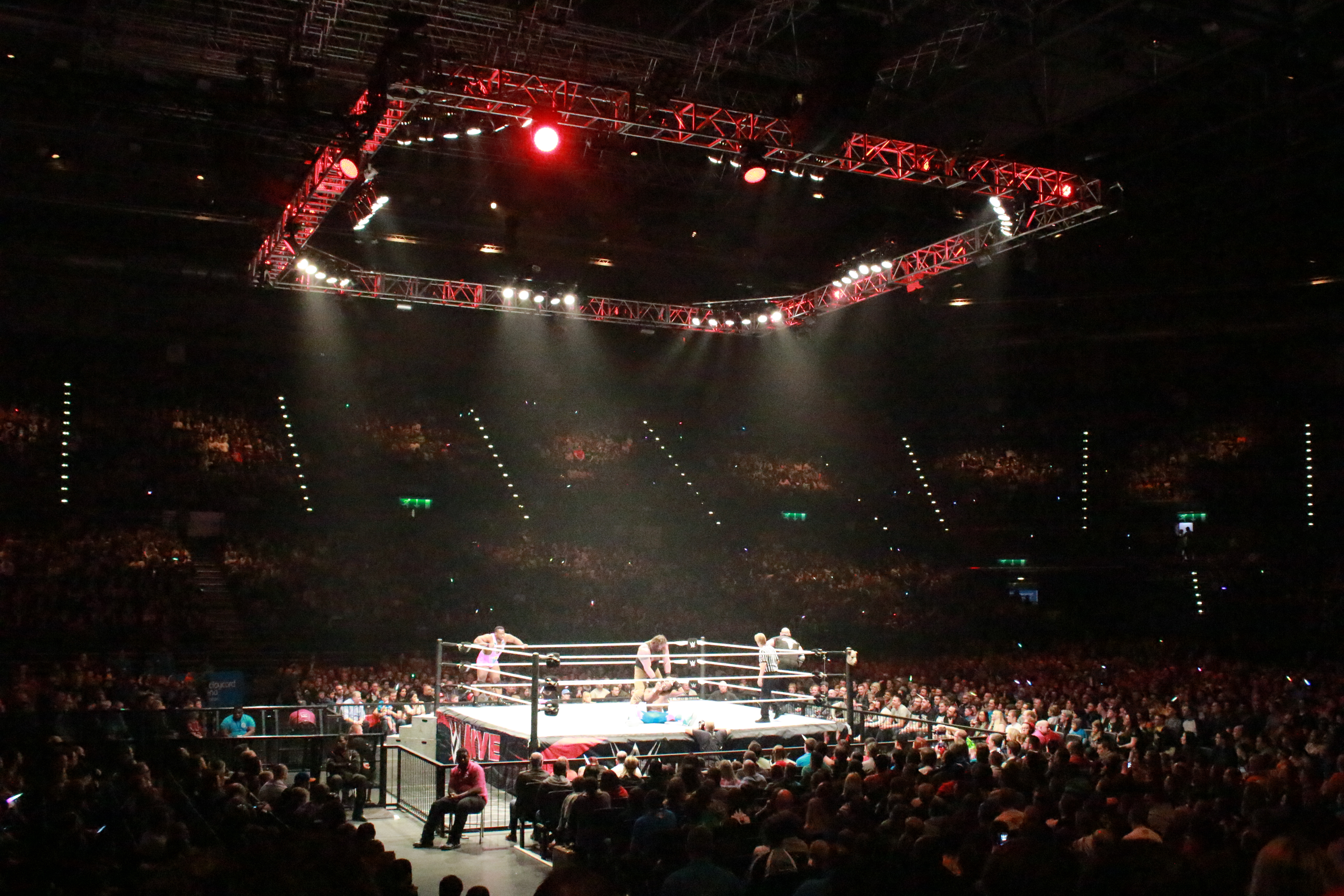 Next out was Mexico’s Sin Cara taking on Tyler Breeeze, the selfie taking king was against a mammoth task with the aerial skills of Sin Cara. This was only going to head one way and it did with Sin Cara getting the three count in a quick paced encounter however Tyler was having none of it and called out anyone from the locker room, the audience were spellbound not knowing who was going to come out and so he did waving the union jack flag was none other than Jack Swagger who picked up the win in less than five minutes with his ankle lock, a bad night for the selfie king!

From The League of Nation was Rusev, in a fiery match you may call against the Big Red Machine Kane, in his red costume Kane was out and in a match that went both ways. Both monsters used their brute force and strength to overcome each other with Kane winning with his trademark choke slam.

A little later it dawned as the Tag Team Champions The New Day sent the crowd into a frenzy with their dance moods and waist shake, grind whatever you may want to call it they took on the Wyatt Family in a title match, this match saw the tag team champions to quick for the challengers who picked up the win maintaining their statuses as the champions. 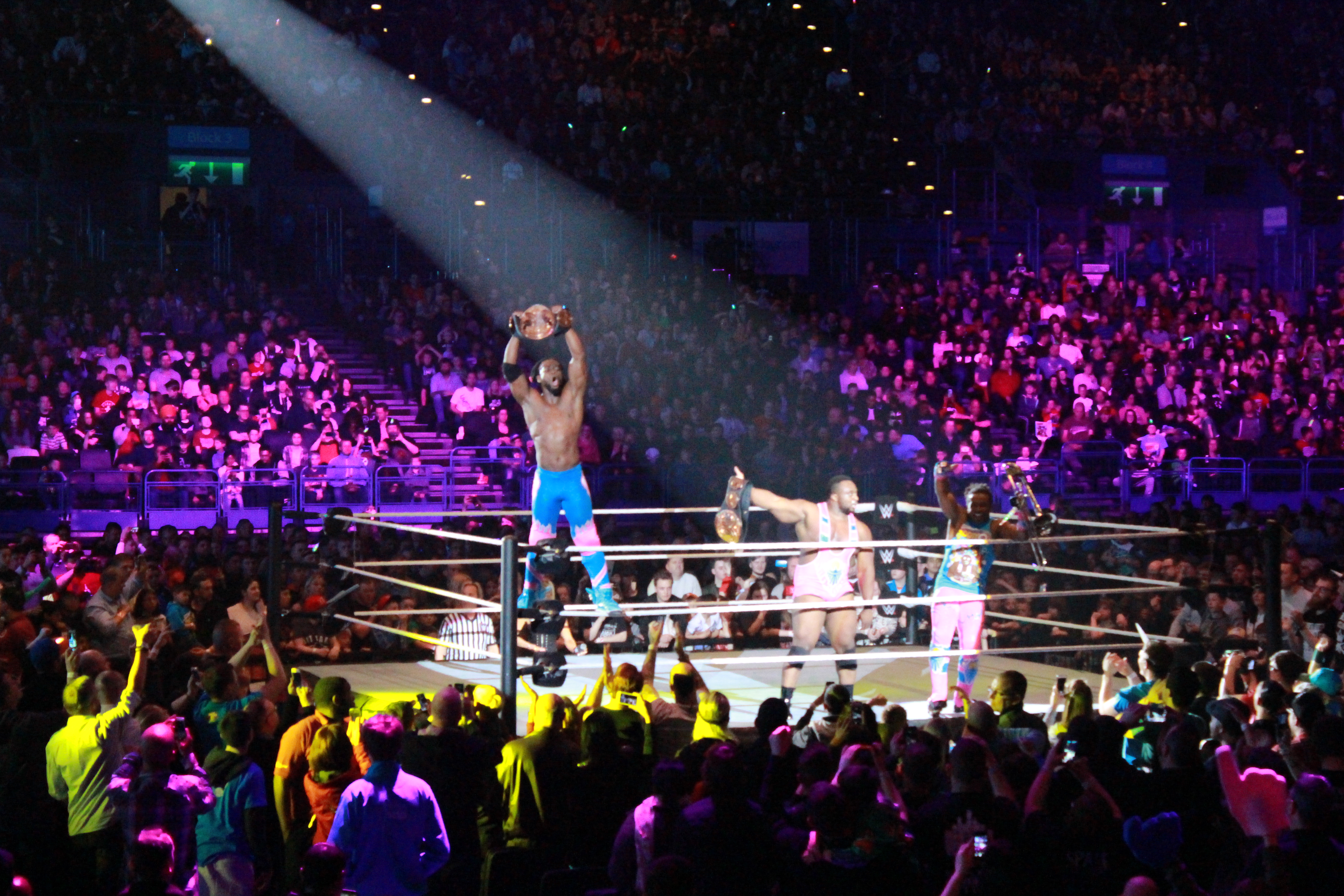 The ladies of the squared circle headed the next match for the Womens Championship Match. Fresh from her victory at Wrestlemania with her father, hall of famer Ric Flair was Charlotte, you could see the arrogancy oozing off her as she entered to face Becky Lynch and Sasha Banks in a triple threat match. Very much like the wrestlemania encounter this match saw the diva’s pull out all the stops but eventually Flair’s interference once again paid off as Charlotte pinned Saha Banks using her legs as leverage from the ropes, no stopping this diva!

When it came to the bout these guys needed no motivation, brothers Bubba Ray and D-Von Dudley. The Dudley Boyz were here and you knew it, they took on the highflyers known as The Usos(Jimmy and Jey). Jimmy and Jey teased and tormented their opponents however they were not going down that easily, the crowd shouted and begged for tables, at one point D=Von did pull out a table but then decided not to with fans reacting angrily, returning to the ring both teams dominated the match with the Usos picking up a surprise victory at the expense of the 10 time tag team champions. 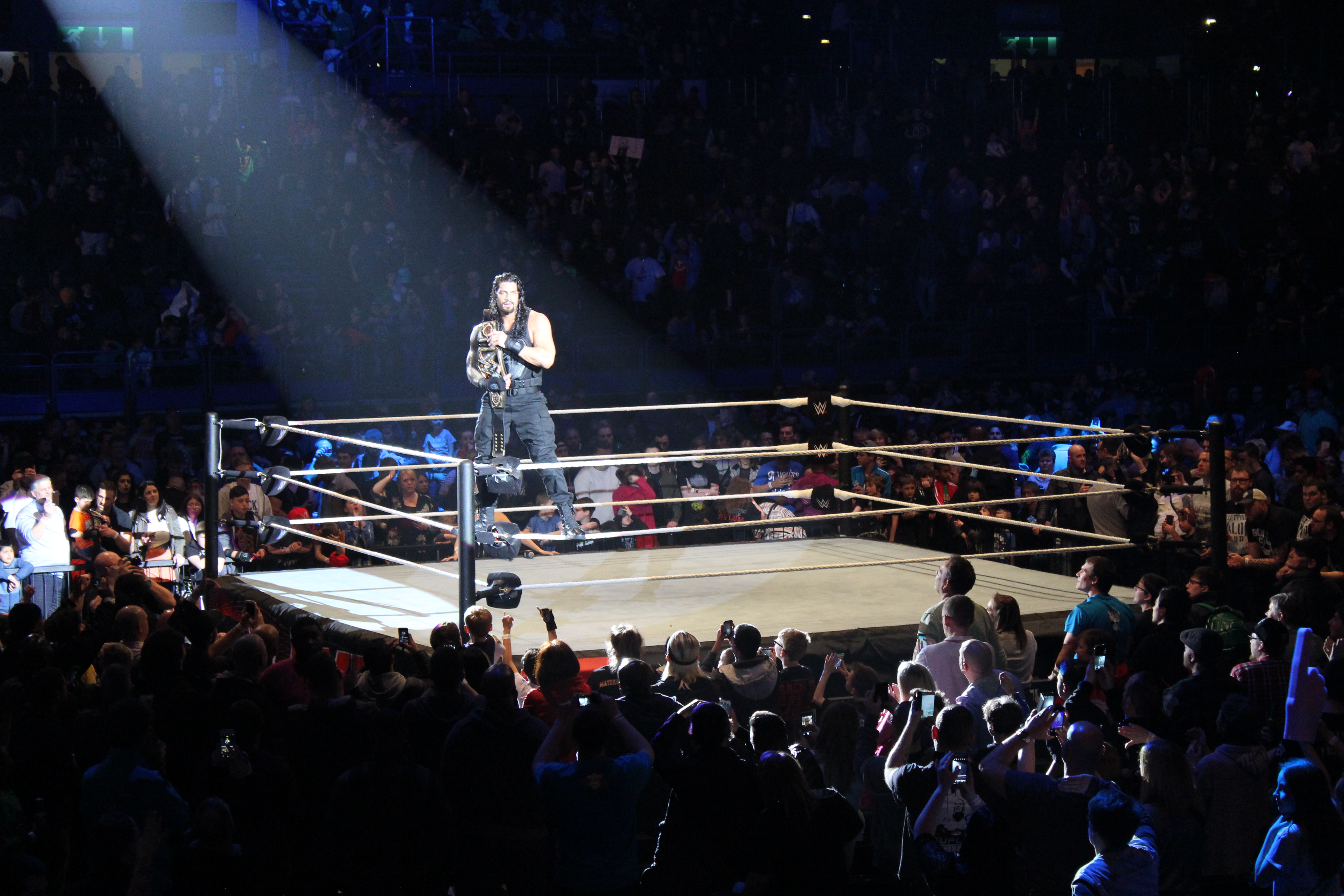 Time for Roman Empire(Roman Reigns) to enter for the main event which saw the World Heavy Championship title on the line against Irelands and leader of the League Of Nation Sheamus. The Irish Superstar mocking the crowd with trash about the weakest link just like their former member Wade Barrett, of course the crowd were none too happy and by now anxious to see their champion. He took no time to enter and with no love lost between the two it was going to be a very close encounter, pounding each other, smashing each other into the steel steps, blow for blow Roman knew he was in a fight, in fairness Sheamus came close on several occasions near a three count. It was going to take something special and it did with Roman lacing his opponent with the Superman Punch, 1,2,3 Roman Reigns once again.