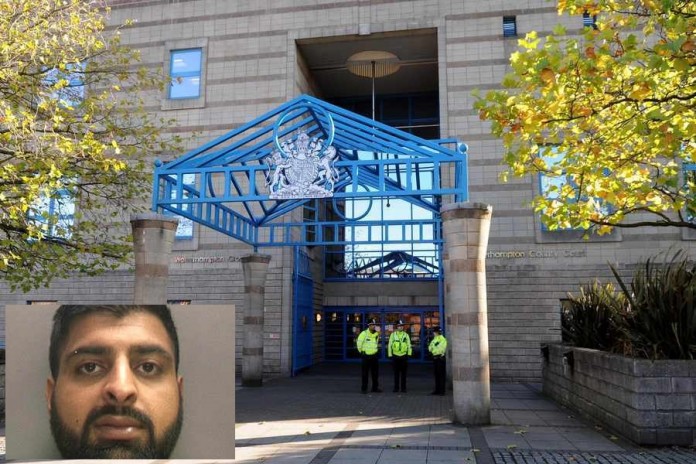 “This has affected her self-esteem. She had needed metal plates in her body which have taken their toll.”

MOT tester, Vaqaas Khan has been jailed for 3 years, following an impromptu race with a fellow Mercedes driver, which left another road-user with serious injuries.

Khan, aged 30, was coerced into a race by his opponent near the Birchley Island, Oldbury, just after midnight on September 21, 2014.

He reached a speed of 90mph in his Mercedes-AMG in an attempt to beaa his rival, who suddenly switched lanes at the junction of Titford Road to avoid a collision with a car attempting to join the road.

Prosecuting Siobhan Collins, explained that Khan was travelling to fast to react to the emerging vehicle, causing him to smash into the Audi A3, driven by Gurpreet Goroya.

The engine from the Audi was torn from the car and sent hurtling almost 100 metres down the road in the impact of the crash and Mr Khan’s Mercedes, also containing his two brothers and brother-in-law, burst into flames.

Miss Goroya’s injuries were so severe, she had to be cut from her car and spent four days in a medically induced coma, the court was told.

The extent of the injuries that she suffered  included a collapsed lung, bleeding in her kidney, a fractured pelvis and broken bones in her arms and legs.

Miss Collins, said: “This has affected her self-esteem. She had needed metal plates in her body which have taken their toll.

“She is now also showing early signs of arthritis.

“She has been told she will need a hip replacement in the next ten years.

“She can’t walk long distances and she panics if she has to go in a car. She is also unable to work.”

Appearing at Wolverhampton Crown Court, Mr Khan was sentenced for two years and seven months, as well as being banned from driving for three-and-a-half years, after admitting previously causing serious injury by dangerous driving.

Gurdeep Garcha, defending, described the incident as a ‘serious lapse in judgement’ by his client. Adding: “My client is a married man of good character which makes what he did all the more unfathomable.”

He added: “He had previously been a law-abiding man. Set against that what he did was out of character and a serious lapse in judgement which of course had serious consequences.”