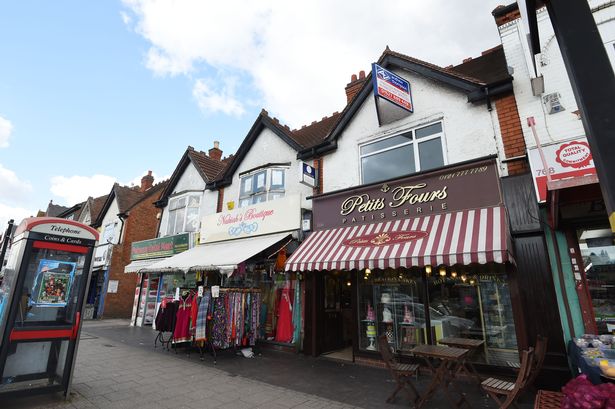 The independent shopping capital of Britain has been announced and it is none other than Birmingham’s very own Sparkhill.

Containing more shops independently owned than anywhere else in the country, the area has beaten the national trend with almost 95% of all shops being independent retailers

Labour Councillor for Springfield, Habib Rehman, said: “We are very proud of the fact that independents are thriving in Sparkhill.

Sparkhill is a very diverse community, it is a cultural fusion.

“We are very proud of our local shopkeepers.”

He added: “Sparkhill is a very diverse community, it is a cultural fusion, and a lot of people will come from all over the country to come shopping for the Asian wedding scene.

“We have people travelling from Cardiff and even Middlesbrough.”

“This is why I am pushing for Sparkhill to become recognised as a business district.

“It will mean that shopkeepers will pay an extra one per cent on their rates, but this will go towards extra cleaning in the area by the council, and our own Christmas lights and so on.”

On a national scale, the number of independent shops has seen a dramatic fall with 2015 seeing the slowest opening rate in seven years.

According to recent data, 2015 saw only one new shop opening a week compared to a daily opening of 11 new shops in 2010.

a lot of people come from all over the country come shopping for the Asian wedding scene.

Across the UK, pubs, newsagents and Indian restaurants have seen the greatest decline whilst the number of cafes, e-cigs and barbers has risen.

The West Midlands as a whole has fared little better, with figures released by The Local Data Company (LDC) showing the number of independent shops had seen a rise of 0.62 per cent last year.

Matthew Hopkinson, director at the Local Data Company, said: “Independents are a key component of our high streets and this is seen both in the fact they represent a majority (65 per cent) of the units but also the diversity and vibrancy they can bring along with their direct connection to local economies.”