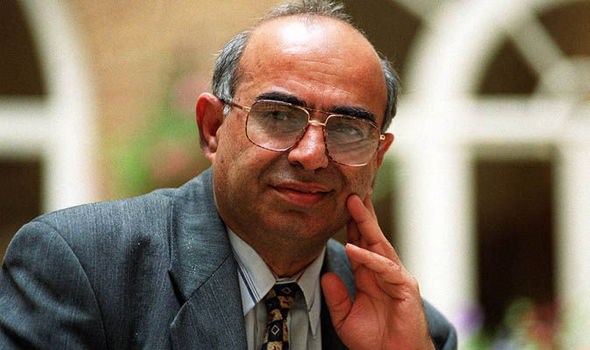 After recent controversies, Councillor Afzal has announced his withdrawal from the running to become Lord Mayor elect.

The veteran Labour councillor had been expected to become Birmingham’s First Citizen, when public embroilments ensued.

The Birmingham Councillor came under-fire when he made derogatory comments about the government’s Prevent-anti-terror scheme, accusing David Cameron of being an Islamophobe as well as urging people to oppose the new legislation, posing alongside a banner which said ‘No To Prevent’ and ‘No to state racism’.

“I want to thank all those members of the wider Birmingham community for their support. These are people who know what I stand for. Whoever the council chooses as its next Lord Mayor will have my full and unequivocal support as have previous Lord Mayors.”

Days later, Mr Afzal who is also Chairman of Birmingham Central Mosque, was accused of dismissing comments made by prominent Muslim Women’s Network UK regarding forced marriage and domestic abuse.

Shaista Gohir, Chair of the organisation, stated in a letter of complaint: “We provided examples of case studies from our helpline and explained that other women’s help-lines across the country were regularly receiving calls on forced marriages and that a high percentage of these concerned Muslim women and girls, particularly from Pakistani background, to which Mr Afzal responded by saying: “forced marriage was no longer a problem.”

He then went on to say that “domestic violence was happening mainly in the Christian community because they get drunk.”

The disparaged councillor stated he had withdrawn his name from the running of Lord Mayor elect because he was anxious that no controversy should attach to the post of Lord Mayor.

Coun. Afzal, who had been a councillor for 32 years, had been expected to take over as Lord Mayor in May, but due to his recent digressions, the long-time Labour representative was urged to step down by many public figures including Labour leader, John Clancy.

Support from is fellow councillors has waned in light of Mr Afzal’s recent transgression against the Muslim Women’s Network UK, as Ms. Gohir called on the leaders of Birmingham Central Mosque to resign after she said they dismissed the group’s concerns about domestic violence and forced marriages.

Despite the media barrage, Afzal denied making the flippant comments, stating: “People are not going to resign just because Shaista says so. Her allegations have been completely refuted by Birmingham central mosque,” he said.

Central Mosque has since released a statement denying Gohir’s claims, adding they respected Muslim Women’s Network UK: “as they work in addressing complex and often hidden issues within the Muslim communities and beyond.”

Announcing that he would step back from being Labour’s lord mayoral candidate on Monday evening, Afzal said: “I consider it a huge honour to be chosen by the Labour group to be the party’s nominee as the next lord mayor. If the council had agreed to this nomination to be the first citizen of such a great city, it would have been the highlight of my career and a great privilege.

He added: “I want to thank all those members of the wider Birmingham community for their support. These are people who know what I stand for. Whoever the council chooses as its next Lord Mayor will have my full and unequivocal support as have previous Lord Mayors.”

“However, recent publicity in the local media has given rise to unfair and indeed untrue comments being ascribed to me. I have tried to put the record straight but sadly it has not been possible to do so as rumour and innuendo has replaced facts.”