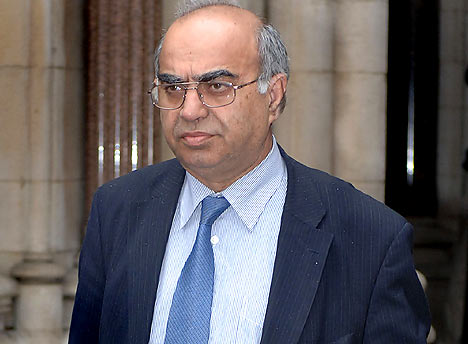 Councillor Muhammad Afzal has refused to resign the position of Lord Mayer-Elect, despite being urged by Labour Leader John Clancy.

The Birmingham Councillor recently came under-fire when he made derogatory comments about the government’s Prevent-anti-terror scheme, accusing David Cameron of being an Islamophobe as well as urging people to oppose the new legislation.

Afzal later denied the comments, despite the emergence of audio footage confirming he had made the controversial remarks.

In a long-awaited statement, Mr Afzal, who is also the chairman of Birmingham Central Mosque, stated:

“I should have chosen my words more carefully – of course I fully support Prevent.

“I have a good relationship with counter terrorism officers in Birmingham and have ensured that Prevent training has been delivered at Birmingham Central Mosque.”

The Labour leader of Birmingham City Council, John Clancy, had called upon the besieged Labour representative to “consider his position” after the intial complaints emerged.

Councillor Clancy explains: “I’ve spoken to Coun. Afzal face to face since the recordings have been made available and repeated what I said over the weekend to him, repeated with more strength.

“I believe in these circumstances – although it is a matter for the Labour group – Coun. Afzal should consider his position as Lord Mayor-elect.”

In his weekend statement about the Lord Mayor-elect’s comments, Councillor Clancy had stressed he and the council were fully supportive of government programme Prevent.

“The first thing I must stress is that I do not agree with the reported comments, which in no way reflect the position of Birmingham City Council,’’ he had said.

If that wasn’t enough to add to the list of errors made by the councilman, further complaints have emerged after Mr Afzal dismissed comments made by prominent group Muslim Women’s Network UK regarding forced marriage and domestic abuse.

In a letter of complaint , Ms. Gohir claims they were left angered at the ‘dismissive’ attitude of Mr Afzal who supposedly disregarded the comments with flippant remarks.

In her letter, Ms Gohir said “We provided examples of case studies from our helpline and explained that other women’s helplines across the country were regularly receiving calls on forced marriages and that a high percentage of these concerned Muslim women and girls, particularly from Pakistani background.

“Mr Afzal responded by saying forced marriage was no longer a problem.

“When we pointed out that UK Government Force Marriage Unit statistics indicated that significant numbers of victims were from the West Midlands, Mr Afzal responded that the government figures were exaggerated.

“We felt that Mr Afzal was dismissive as he went on to say that many marriages took place at the mosque, that the couples who got married were happy and that the mosque would know if forced marriages were taking place.

“We were made to feel that our claims about forced marriage being a problem were dishonest.”

“We argued that although men did suffer from domestic violence, by far the larger number was made up of women.

“He then went on to state that ‘domestic violence was happening mainly in the Christian community because they get drunk.”

“By the end of the conversation it was clear that the trustees, and especially Mr Afzal, were not interested in women’s issues and had little, if any, intention of working with us on any women’s rights and issues.”

Senior members of the Labour group have described Mr Afzal’s position as untenable, with discussion regarding his imminent position within the Labour party ensuing on Monday.