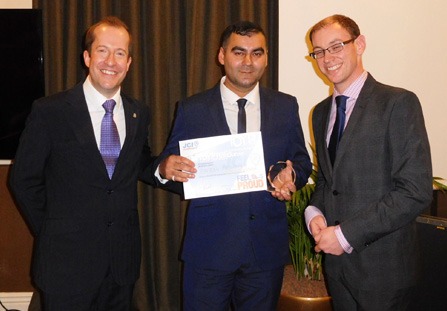 Mohammed Zafran was awarded with the Award in the category Moral and/or Environmental leadership.

In June 2015, Zaf was awarded the British Empire Medal after being nominated by Prime Minister David Cameron for setting up All 4 Youth And Community and other initiatives.

Zaf is shortlisted in the final 20 of the global TOYP competition.