Developed By Accord Group and Made of 106 Homes

The first low carbon timber housing development to be manufactured and built in Walsall is in the running for a national award after beating hundreds of other entrants to the final.
Developed by the Accord Group, Pattern Gardens in Darlaston, which is made up of 106 homes, is in the running for the Development of the Year award at the 2014 UK Housing Awards.
This year’s awards, which attracted 250 entries from across the UK, recognise the outstanding work by housing organisations to improve the lives of people in their communities.
Built by Mar City Developments on a former disused industrial site, the £10 million Pattern Gardens development features apartments and two, three and four-bedroom homes for affordable rent, shared ownership and sale.
It was part-funded by the Homes and Communities Agency (HCA), which invested around £2million into the project.
Alan Yates, Executive Director of Regeneration for the Accord Group, said: “We are very proud of the homes at Pattern Gardens as they were the first to be manufactured at our LoCaL Homes timber homes factory, which was only made possible thanks in part to the support of Walsall Council.
“The homes have been well received by the families living in them, with some of them visiting the factory to see first-hand where their homes were manufactured.
“To be shortlisted for this award from hundreds of other entries is fantastic news, not just for us as an organisation but for the Walsall borough.”
Councillor Adrian Andrew, portfolio holder for regeneration and transport with the Walsall Council Coalition, said: “The LoCaL Homes factory in Beechdale is something I’m particularly proud of, having worked closely with Accord to see our shared concept become a reality in Walsall.
“It’s fantastic that the scheme has now received national credit and is recognition of our desire to build affordable environmentally friendly homes in the borough and create work opportunities for local people.”
The winners of the UK Housing Awards, organised by the Chartered Institute of Housing and Inside Housing Magazine, will be announced at a special awards ceremony on Tuesday, 29 April in London.
One of the largest housing associations in the Midlands, the Accord Group manages 11,000 homes and provides services to 60,000 people.
As part of the Matrix Housing Partnership, the Group plan to build 1,500 homes in the Midlands by 2015, partly funded via £30 million of investment from the Homes and Communities Agency (HCA). 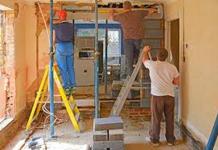 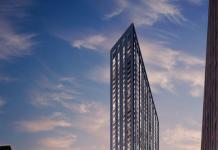 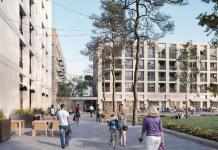 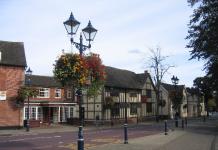 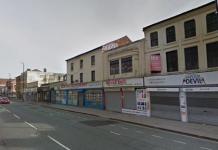 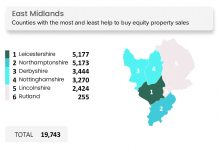