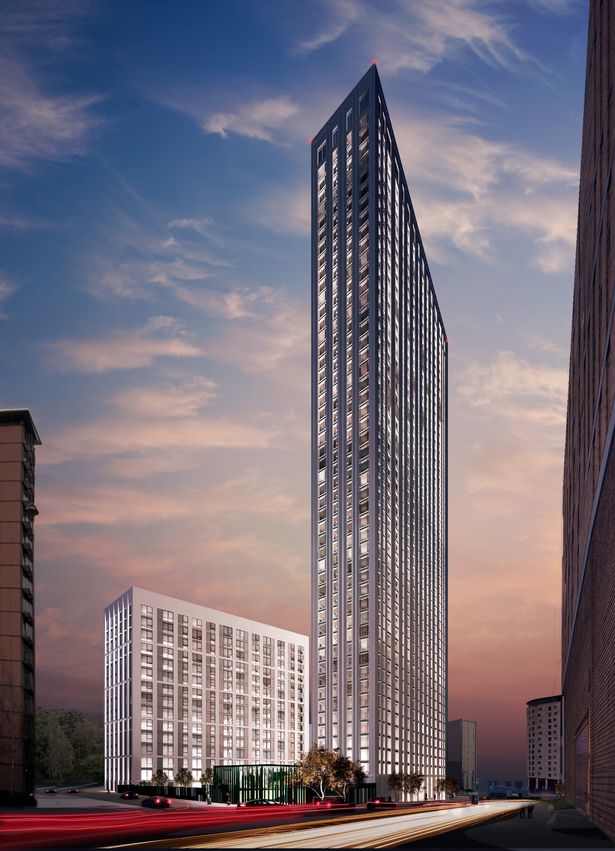 Plans to develop what will be Birmingham’s tallest building have been revealed.

City developer courts collaboration is behind the £160 million ‘one Eastside’ project to construct a 51-storey residential tower at the corner Jennens Road and James Watt Queensway.

There would also be a second building of 15 stores and together they would contain 667 apartments of one and two bedrooms available for rent only.

The proposals include a roof-top private dining and bar area, communal facilities such as a gym, fitness studio, resident’s lounge, café, cinema room and flexible working and meeting space.

There will also be commercial space on the ground floor with opportunites for shops to have locations there.

If approved by city planning chiefs, the larger tower would stand at 525 ft, giving it the title of Birmingham’s Tallest structure ahead of the BT Tower which is 499 ft.

Court Collaboration founder Anthony McCourt said “We’ve been engaged in a detailed pre-application process over the past nine months and done a huge amount of consultation and discussion already.

“We have done a lot of work with Birmingham City Council on this and they have been supportive of height as long as the design is there as well.

“We are confident we can get this through. It is a gateway site to the city centre and Birmingham deserves this.

“It will be a real statement when you walk around there and for passengers getting off HS2 in Curzon Street.

“If we look at other regional cities, in Manchester they are on site building a 65-storey tower so we still have some way to go to match them.

“I know from other developers that there are tall projects coming across the city over the next 18 months.”

The amenities will be available for the residents only, including the sky bar, something Mr McCourt called an “amazing offer” and one he was confident would be able to survive as a sustainable business.

Asked whether he was worried about Birmingham’s city centre residential market becoming saturated over the next few years, Mr McCourt said: “The market will determine whether there is too much product.

“There is a lot of activity in the city but our economy can take this, particularly with the amount of job creation happening.

“These apartments are not going to be shoe boxes and developers are having to up their games in terms of spec and quality because of the amount of construction happening.”

The project has been designed by Jewellery Quarter-based practice Glancy Nicholls Architects.

Plans are due to be lodged with the city council by June and work is expected to start in November subject to planning approval and be completed by the end of 2022.