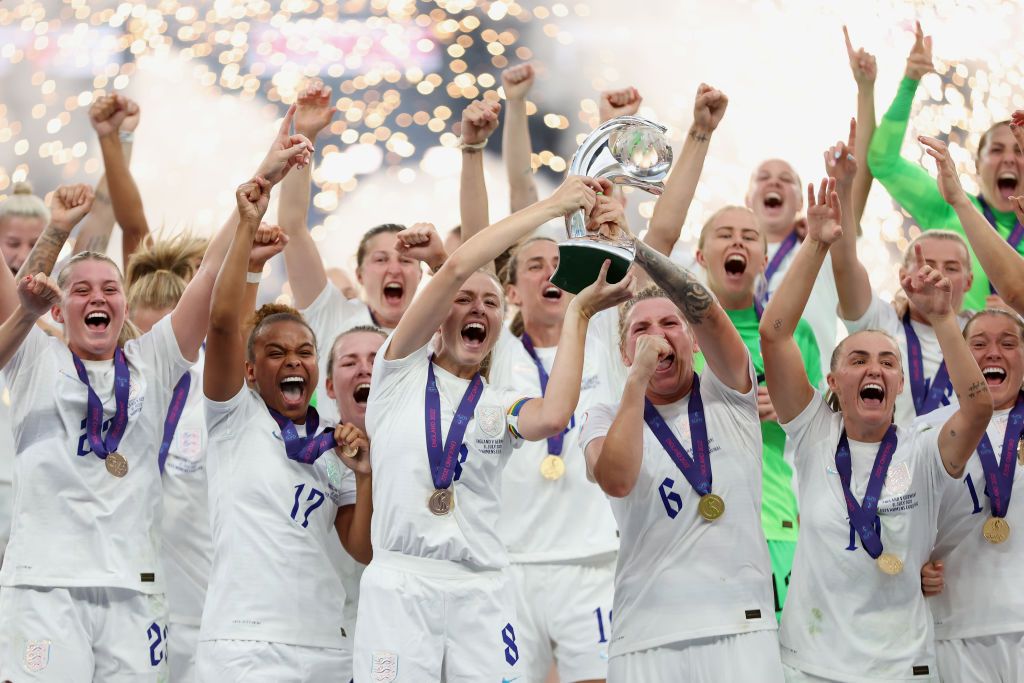 England beat Gemany after extra-time with a 2-1 win.

Chloe Kelly scored the winning goal on a rebound in the second half of extra time after Germany failed to clear a corner.

Germany were the favourites, having won the tournament eight times

Around 87,000 fans gathered inside Wembley Stadium to watch the match.

England got off to a good start, with Beth Mead causing early problems for the Germans.

The game became a heated affair, with both sets of players flying in with heavy tackles.

The game remained goalless at half-time, with both teams looking good.

The first goal came in when a long-range pass from Keira Walsh found Ella Toone, who broke away from Germany’s defence before calmly chipping the ball over Frohms to make it 1-0.

But Germany did not let the goal affect them, turning up the intensity and creating chances.

Germany’s Lina Magull scored for their team putting the pressure on.

The final few minutes were tense, but England held on to take the game to extra time.

After the final whistle, Wembley was in pandemonium as England’s Women secured their first major trophy.

It was also the first major trophy at senior level since the 1966 men’s World Cup.

As they waited to lift the trophy, the players encouraged the fans to sing and cheer.