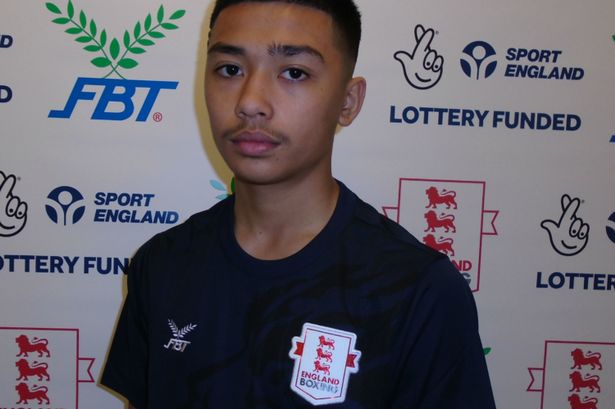 Loved ones have been raising thousands of pounds in memory teen boxer Ali Tazeem who was killed in a devastating car smash on Sunday. The Wolverhampton athlete was dubbed to be the next Amir Khan.

Ali was part of Walsall’s Pound 4 Pound Boxing Academy and spent the past week training with Floyd Mayweather Senior. He was tipped as a one to watch, winning 15 international gold medals.

Ali was a passenger in the red Corsa that was the only car involved in the crash in Oaks Drive, off Merivale Road, Wolverhampton.

West Midlands Police has said an 18-year-old passenger died and the driver, also 18 was in critical condition in hospital after a Corsa hit a wall in the horror smash in Oaks Drive at around 1.45am.

The police force added that the 18-year-old passenger “was sadly confirmed dead at the scene” in Chapel Ash. Officers are appealing for witnesses to come forward to help the investigation into the single car crash.

More than £9,500 has already been raised, the fundraiser reads: “On the morning of Sunday April 17, our beautiful young hero returned back to his lord. We invite the community to remember Ali and build projects that continue his onward legacy.

“Funds raised from this campaign will go towards projects in Ali’s name, to continue his good deeds. Please share and donate anything you can, no matter how small, so we can help our beloved Ali reap the rewards.”

It continued: “Ali was a boxing prodigy and had lofty ambitions to become a world champion. Whilst his life was cut short, he remains a champion in the eyes of those who knew him and the wider community.”

Ali,was tipped for huge success in the boxing world after signing a professional contract in March and winning praise from former British world champion Amir Khan. He caught the eye of former unified lightweight champion Khan in 2016, who said Ali’s death was a “big loss” to the British Asian boxing community.

His dad Toheed Tazeem – also known as as Dr Tee – said he has been left ‘absolutely devastated’ by his son’s untimely death. The 42-year-old, who is head coach at the Walsall academy, said: “He was a wonderful, loving, caring, well-mannered, talented kid.

“He was very devoted to his religion as well, being a Muslim. He was just an all-round good kid, he was too good to be true. He had friends of every colour.

“Kids loved him in the gym – when he walked in a room, he would light it up. He was just like an angel. It is hard to describe, he was a special, special kid.

“He had everything about him. His heart was in the right place. He was caring, loving. He loved everybody, he was such a beautiful soul.”

Dr Tee added: “He was not just my son, he was my best mate. We travelled the world together, from Cuba to tournaments around the world.