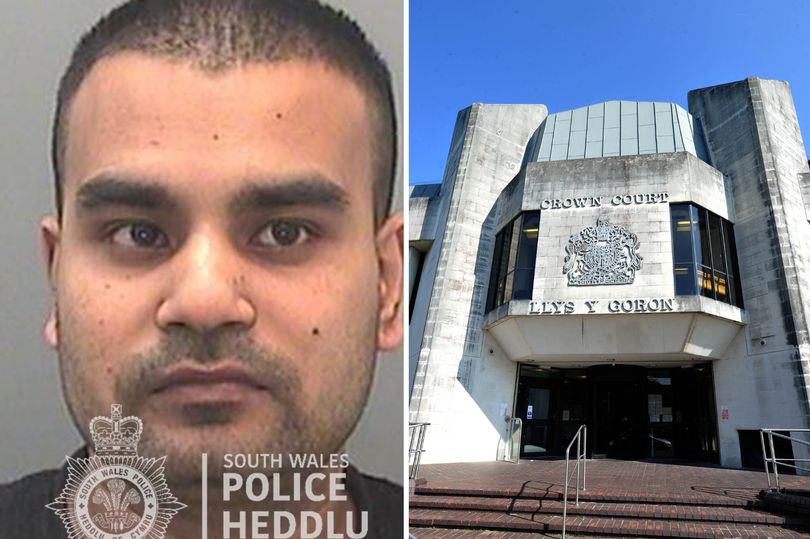 A judge gave a restaurant worker a custodial sentence after he deceived authorities with a false identity to allow him stay in the UK.

Islam spent years living illegally in Wales and spending £2,000 on a false application to deceive authorities.

A jury at Swansea Crown Court found Islam guilty of obtaining leave to remain in the United Kingdom by deception.

The identity he used was of a man from Birmingham called Alaur Rahman who he never met in his application to the Home Office between May 26 and June 16, 2015.

A three-day trial heard how Islam, who is Bangladeshi, had come to the UK in 2010 to live with his aunt and uncle in Swansea.

Islam, who is unable to speak, read or write English, made another application in 2015 for ‘no time limit’ leave in the name of Mr Rahman while using his own photo and Swansea address details with the application.

On day one of the trial the jury was told that Mr Rahman is a real person, from Birmingham, who had previously successfully and legitimately applied for an indefinite stay in the UK in 2002..

Giving evidence on the second day of the trial, Islam claimed he paid £2,000 in instalments for help completing an application, with the help of a friend he met at the restaurant, Sujan Ali Chowdhury, who took him to a solicitor named Sheikh Usman.

Islam had said while giving evidence during the trial that he did not suspect the activity was wrong because he was taken to a British solicitor and “didn’t think a legal person would do anything fraudulent”.

He told the court, with the help of a translator, that due to his inability to understand English he was unable to read the documents that he signed and just signed in the areas he was instructed to.

Judge Keith Thomas, sentencing him, said: “You had entered the country on a six-month visa but that visa had long expired.

“I’m satisfied on the evidence that you parted with money to obtain documents you wanted. Other more sophisticated criminals took on the job of obtaining false documents for you.

“Nevertheless there is a good deal of public concern about false immigration documents and the danger they present to the country.

“For that reason only a custodial sentence can be justified for such offending. You have no legitimate right at the moment to be in this country. It would be wrong for me to consider a non-custodial sentence.”

Judge Thomas sentenced Islam to a year’s imprisonment, adding: “The home secretary will have to consider whether you will have to be deported. If you are not deported you will be released after you serve half of that sentence.”