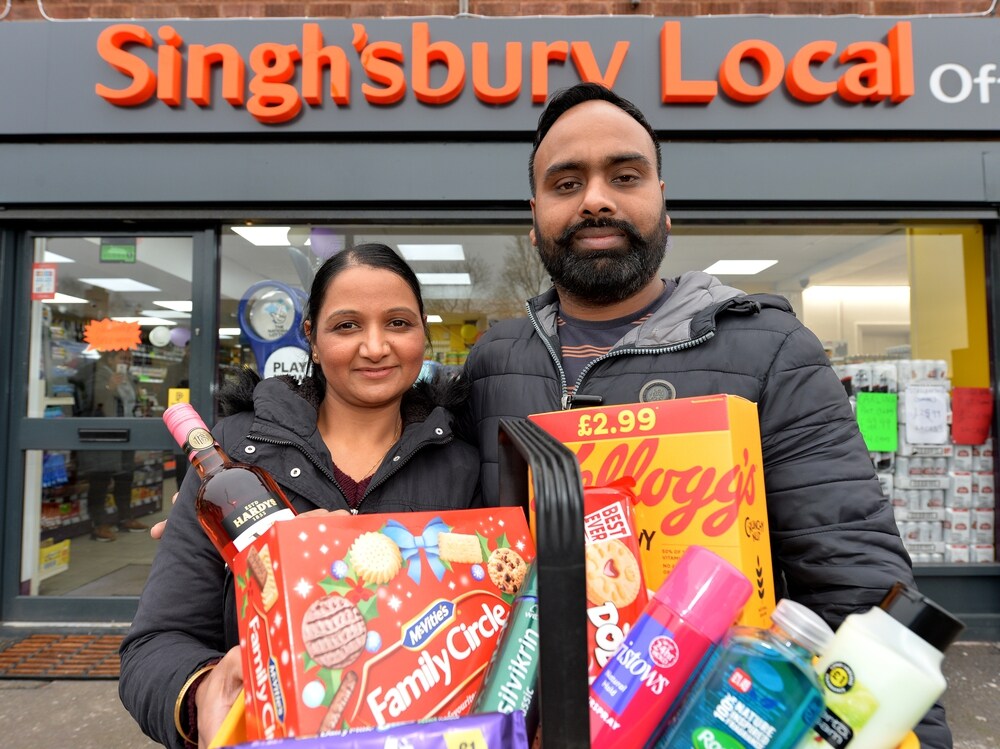 A cheeky off-licence owner has opened his new store on Bushbury Road, Wolverhampton, and has a striking resemblance to one of the country’s giant supermarkets with a resemblance to the orange lettering of Sainsbury’s.

Mandeep Singh Chatha, explained how the name of his shop ‘Singh’sbury’ came about.

He said: “I decided on the name. My name is Singh and it is on Bushbury Road!”

He explained he put the two together and registered the name at Companies House.

Mandeep, opened the store in December and has explained that the recognisable logo had proved a talking point for visitors, with plenty, including local police officers, amused by the branding and even taking picture in front of the sign.

Whether Sainsbury’s themselves are as amused is yet to be seen.

Mandeep, who has opened the business with his wife Hardeep, said he had worked previously as a sandwich delivery driver and had dreamt of being able to open his own business – a dream he has now realised.