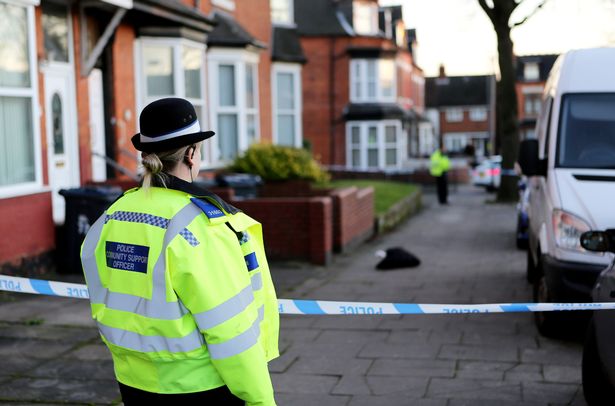 A 15-year-old boy was knifed in Sparkbrook just before 3pm on Monday, January 20.

The teenager was found slumped in Grantham Road and near the junction with Webster Close where passers-by rushed to his aid and tended to his wounds.

The boy was rushed to hospital after he was believed to have suffered four stab wounds.

Residents said they believed the violence took place on Stratford Road but the teenager then staggered into Grantham Road where he collapsed.

One resident said: “I came out when I heard all the commotion outside, two passers-by helped him, they tended to his wounds and called the police.

“He had got stabbed four times near the Aldi on Stratford Road, he just collapsed here.”

The air ambulance attended the scene and its doctors cared for the victim, but he was taken to hospital by land ambulance.

West Midlands Police were also at the scene.

A spokesman for the force said: “The boy was taken to hospital with serious injuries as enquiries into the circumstances surrounding the attack begin.”

He confirmed that the attack had happened in Stratford Road and the victim had managed to stagger to Grantham Road before collapsing.

No-one has been arrested yet.

“Investigations are ongoing and we’re appealing for anyone with information to contact us via Live Chat at west-midlands.police.uk between 8am and midnight, call 101 anytime, or contact Crimestoppers anonymously on 0800 555 111,” the spokesman said.