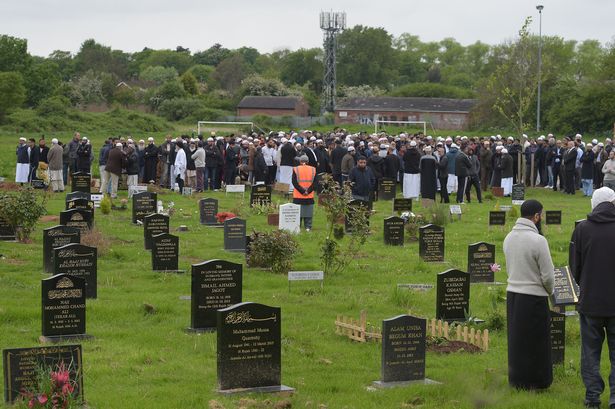 A family from Braunstone Town are requesting for a change in the non-resident fee after receiving what they described as an ‘unexpected’ funeral charge.

After the death of their grandmother on November 12, Arsalaan and his family prepared for Muslim burial.

Less than a week after the funeral Arsalaan said he and his father, Irfan were “dumbfounded” by a non-resident fee of £1,460 that was included in an invoice sent to him.

Arsalaan and many of the family members were unaware of the charge.

“Funerals are already so expensive and having to pay this on top is a lot of money – we weren’t expecting it,” he said.

A non-resident fee is for those living outside Leicester as their council tax does not contribute to services within the city.

With the understanding the non-resident fee is standard practice, Arsalaan is now concerned that many other families in the same situation will not be able to afford this.

“This recognises that local council taxpayers will be contributing towards the ongoing provision and maintenance of Leicester’s cemeteries. Charges for non-residents are therefore higher.

“The city council publishes its fees and charges online. This information is also provided to all funeral directors so that bereaved families can discuss costs when making funeral arrangements.

“In this case, the family representative has signed the ‘Notice of Burial’ to say that they understand and accept the charges.

“We offer our condolences to the family and will be addressing their concerns directly. However, the lack of suitable funeral provision in the area where they live is not a matter for Leicester City Council.”

The family have said “If we had a choice I’d understand but we don’t. We had to bury my grandma in this way and Saffron Hill was the only place we could go to.”

Saffron Hill Cemetery was the only place nearby that was able to accommodate the family.

Although the non-resident fee is standard practice for anyone, Arsalaan is now questioning whether this is fair to families like his own whose religion would require them to use a specific cemetery.

“Either there should be more provisions for families who have no choice but to use burials in the city or the councils should reconsider how they do things,” Arsalaan said.

Oadby and Wigston Borough Council offer residents financial support towards funeral costs of up to £1000 if they require a burial outside of their borough.

Arsalaan was disappointed to find that Blaby District could not offer more assistance.

He said: “I’ve lived here my whole life and there a lot more Asians in the area now so this sort of thing will affect more people.”

“Anyone who needs support for a funeral can apply for the Government’s means tested Funeral Expenses Payment at www.gov.uk/funeral-payments”

Arsalaan is now hoping to speak with Leicestershire County Council about the matter and ask his local MP to consider changes to the current system.