Home Local Many children will go without presents and traditional meal this Christmas, says... 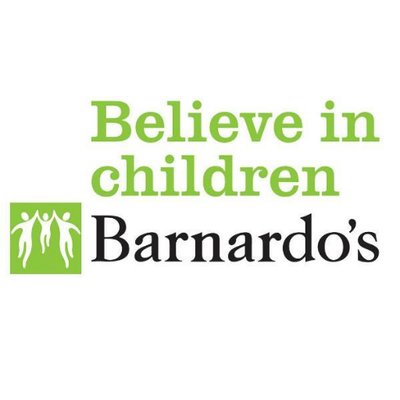 This Christmas many children supported by children’s charity Barnardo’s will go without presents and a festive meal, according to a shocking survey of hundreds of the charity’s frontline workers.

The 230 Barnardo’s staff members surveyed also said they were concerned that some of the children and families they currently support will experience an increase in mental health issues (78 per cent) and loneliness (64 per cent) over the festive period.

The news comes in the wake of reports from hunger charity Trussell Trust which showed food parcel donations are up by nearly a quarter year-on-year, with one third of these going to children.

Adults celebrating Christmas who responded to a separate YouGov survey for Barnardo’s said their top concern was that some children and families will miss out on traditions such as having a Christmas meal or receiving presents (19 per cent).

Other concerns included the over-commercialisation of Christmas (27 per cent) and spending too much money (19 per cent).

These results are being published during the charity’s first ‘Kidsmas’ campaign, which aims to raise money to help vulnerable children at Christmas.

The charity is asking people to get involved by creating an online ‘Build a Kidsmas Snowman’ fundraising page. Through the platform, fundraisers can ask people to donate by throwing a ‘snowball donation’. The more snowballs thrown, the bigger their snowman gets and the more money is raised to help change the lives of vulnerable children.

People can also support the campaign by hosting a ‘Kidsmas Party’ at home, school, work and with their local community groups. Anyone can sign up for a free Kidsmas Party pack which includes party games and fun festive fundraising ideas. It’s the perfect way to celebrate Christmas and do something meaningful this Kidsmas.

Barnardo’s Chief Executive Javed Khan said, “Vulnerable children across the UK will struggle this Christmas. Many families supported by Barnardo’s miss out on the fun and celebration we normally associate with this time of year.

“That’s why we’re asking people to come together to raise funds and help Barnardo’s make sure that vulnerable children are safe, supported and cared for – at Christmas and all year round. I encourage everybody to get into the Kidsmas spirit.”

People can set up their own online Kidsmas Snowman fundraiser at http://kidsmas.barnardos.org.uk/joinkidsmas

In terms of attitudes towards Christmas, the YouGov poll of 1,852 adults across the UK who celebrate Christmas revealed that:

The YouGov poll also showed that, of those with children under 18 in the family:

Marisa Olusemo, 16, who lives in Chadwell Heath and uses Barnardo’s Young Carers Service, said, “I think it’s great that Barnardo’s has launched this campaign as it’s a way of bringing everyone together and making sure that every young person has the opportunity to celebrate the festive season.

“For young carers this can be a difficult time of year as you could be a young person who until quite recently believed in the magic of Santa – but now the reality is you have to buy presents for your family due to your caring responsibilities.”

Barnardo’s Ambassador, TV Presenter and Journalist Sonali Shah said, “I’m really passionate about the work Barnardo’s does and in our house, it’s a real family affair. Recently, my daughter and her friends agreed to fundraise for children less fortunate than them by asking those invited to their 6th birthday party to donate money instead of buying them presents. Caring about and protecting our most vulnerable can start early – I was so proud of the girls.”