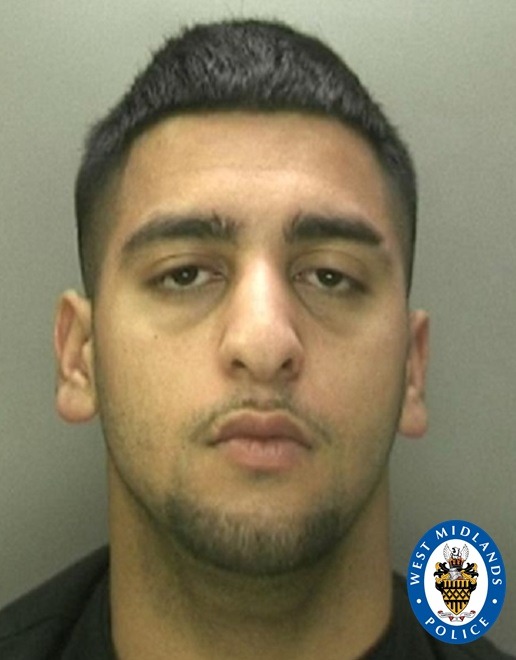 A man from Birmingham who deliberately mowed down a man with his car and left him with permanent brain damage while he laughed has been jailed for 16 years.

Ibrar Ali, aged 20, ploughed into the victim who was with 2 other men in Hillaries Road, Gravelly Hill, on 17 August last year.

Ali driving a Toyota Yaris fled the scene after the attack and drove to a cul-de-sac near his home address where he was seen laughing with associates and re-enacting how the victim struck the windscreen.

It is claimed that there had been a feud between two groups.

Ali’s vehicle was subsequently recovered by police and Ali himself was arrested days later and charged with attempted murder.

Ali, of The Broadway, Perry Barr, was convicted following a week-long trial at Birmingham Crown Court.

Sgt Simon Hanlon, from Force CID, said: “Ali deliberately drove at his target leaving him with serious injuries. He clearly had no remorse as he was caught laughing when he disposed of the vehicle nine minutes later.

“He has been handed a significant sentence today and it goes to show that this type of violent crime will not be tolerated or taken lightly in our community.”