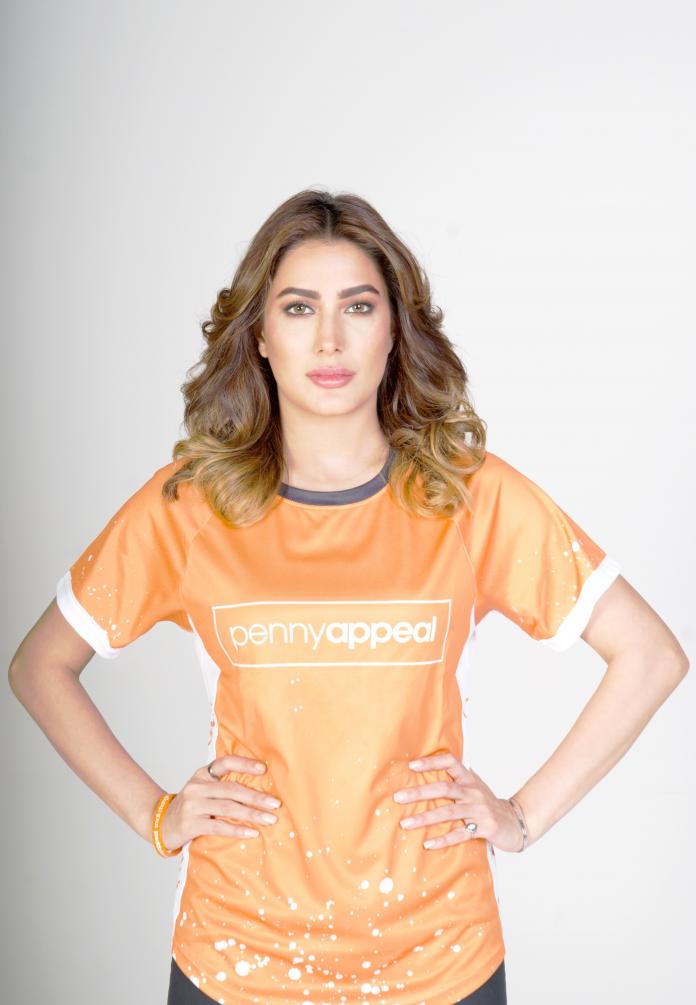 Former model turned actress, Mehwish Hayat is widely regarded as one of the leading film and screen stars in the Urdu entertainment industry. Awarded two international Lux Style Awards (Pakistan’s biggest entertainment awards), Mehwish was recently honoured with the Tamgha-e-Imtiaz by the government of Pakistan, the highest declaration given to a civilian in Pakistan based on their achievements.

Penny Appeal’s ambassador appointment will be announced on Sunday August 18th, when she will attend an inspirational all women cricket tournament. In the evening, this will be followed by a fundraising dinner at a restaurant in Bradford. On Monday 19th, Mehwish Hayat along with Bradford West MP Naz Shah (Shadow Minister of State for Women and Equalities) will visit the Womenzone family centre to meet local Muslim mothers and children.

The monies raised by Mehwish’s London Marathon run, will go towards Penny Appeal’s education campaign, in order to fund the construction of five schools in Pakistan, followed by similar projects in Africa. Mehwish says: “I am thrilled to become Penny Appeal’s newest ambassador, it gives me the opportunity to help vulnerable children around the world reach their full potential through education. I encourage everybody to donate to my London Marathon Just Giving page:

I hope the schools will empower thousands of children to learn and give Pakistan an even brighter future.”

Aamer Naeem, Penny Appeal CEO says: “As a British Muslim-led charity, we are delighted to welcome award-winning actress Mehwish Hayat as Penny Appeal’s newest ambassador. Having Mehwish join the Penny Appeal family will undoubtedly help to improve the lives of thousands of children in Pakistan and around the world.”