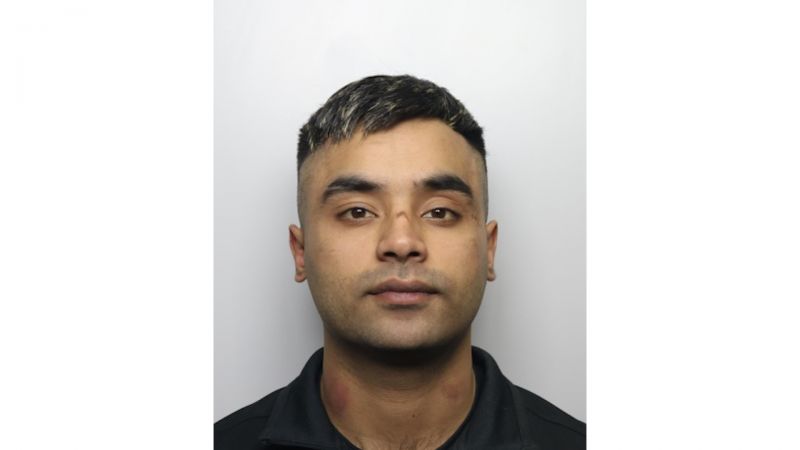 A 23-year-old man has been jailed for eight years after driving a car at high speed towards a group of people outside a nightclub and leaving a solider with “debilitating” injuries.

Hamza Ali Hussain accelerated in anger in the early hours of New Year’s Day after his friends were involved in a “minor altercation” inside the TBC nightclub in Batley, West Yorkshire.

Joshua Adams-Mitchell hit the car windscreen and was hurled 20-30 yards before landing in the road, Leeds Crown Court heard.

His Army career in doubt after suffering head, body and leg injuries.

Leeds Crown Court heard , Hussain, of Middle Road, Westtown, Dewsbury, was not in the nightclub but became “enraged” when his friends told him about an incident during the evening,.

His friends pointed out the person responsible for the altercation, he then accelerated towards the group containing his intended target, but  Mr Adams-Mitchell was hit as he stepped backwards into the road.

Hussain, fled the scene and was arrested the following day

Jonathan Sharp, prosecuting, said the 22-year-old was thrown on to the windscreen, rolled over the top of the car and was then hurled 20-30 yards before landing in the road.

His injuries included facial fractures, injuries to his knee, damage to his right eye, rib and lung injuries and PTSD.

Mr Sharp said: “He is currently signed off as unable to work in a military role and his future career in the Army may be dependent on his recovery from PTSD and his knee injury, which require continued treatment.”