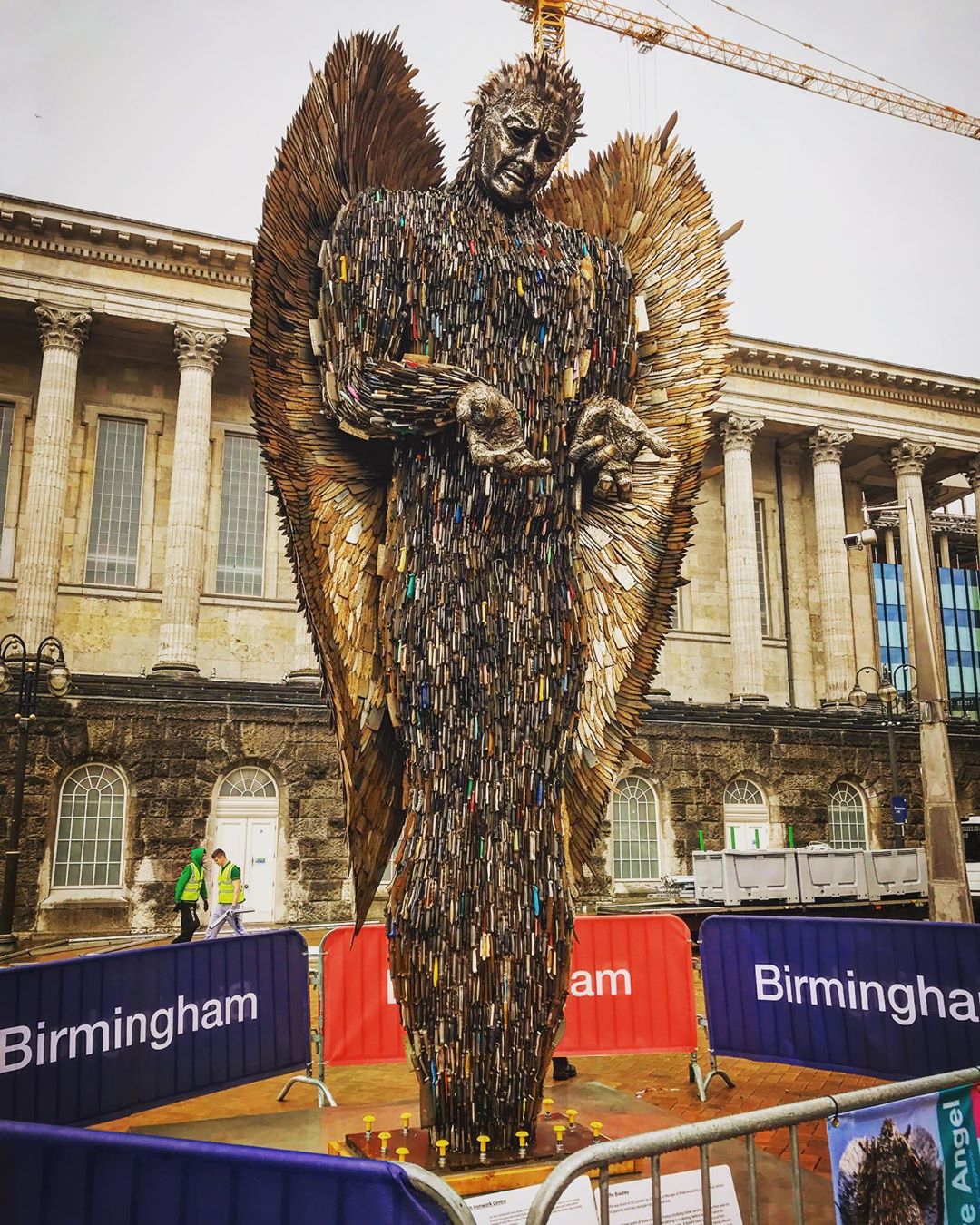 The giant knife angel sculpture has arrived in Birmingham and can be seen in Victoria Square and will stay for four weeks.

The 27ft-high artwork is made entirely of 100,000 knives which were collected as part of weapons amnesties by police forces across the country.

It took four years for artist Alfie Bradley to create the huge sculpture and he has received glowing praise for his efforts to raise awareness of the devastating effects of knife crime.

The  materials for the sculpture were sourced from knife amnesty bins across the country – and there are plenty left over. 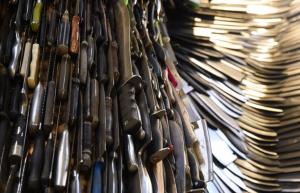 It was created with the support of all 43 UK police forces, knife crime charities and action groups as well as the families that have been directly affected by knife crime.

The artwork was commissioned and created by the British Ironwork Centre to highlight concerns over the growing number of knife attacks.

Towns and cities across the UK are being invited to apply to host, the sculpture has travelled to Coventry, Liverpool and Hull,

Birmingham is the latest venue after an application was made by the West Midlands Police and Crime Commissioner.

“We have all seen the devastating effects that knife crime is having on communities right across the UK, including in our city of Birmingham,” she said.

“A range of organisations across the city are already working together to tackle this issue.

“We should use the opportunity of having the Knife Angel in Birmingham as a way of widening the conversation and making sure we work with our younger communities to create a safer city and to encourage peace and create greater hope.

“Knife crime and violence is devastating in every conceivable way and, here in Birmingham, it’s being felt across all of our communities.

“The Knife Angel is a powerful, emotive visualisation of the devastating impact knife crime has on young lives, families and communities – and that devastation is something we’ve seen too often in recent months in the city.

“All of us want the Angel to have a positive impact. We need to change this nationwide trend of knife violence. ”

When it was in Coventry, a fence had to be put around the Angel at night to stop people trying to climb up it – or steal the knives.

The knife  angel will remain in Birmingham until June 5