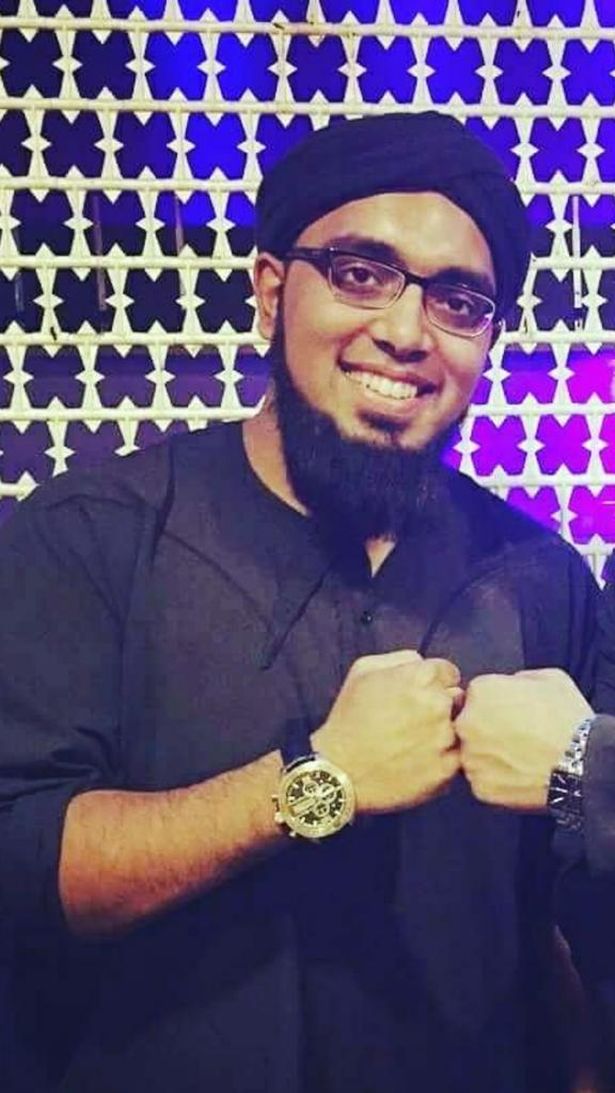 A Leicestershire teacher who suffered critical injuries in a motorbike crash has come out of an induced coma.

Shaykh Abdul Hameed Ismail, 31, suffered head injuries after his motorcycle was involved in a collision with a car in Wakerley Road, Evington, Leicester on Saturday, April 20.

His mum said: “He is out of the induced coma now, so that is some good news.

“He has suffered a brain injury so it will take a long time for him to recover.

“But at least he is alive.

“One of the main things at the moment is the exhaustion, so he tends to sleep a lot.

“The people at the hospital made him sit up and asked him how many children he has and he put up three fingers.

“The nurses asked their names and he mentioned two of them but he became extremely tired before he could name his third daughter. Then he fell asleep again.

“I have a 31-year-old son who has become like a child again but we are determined to get him back to where he used to be.”

An online Just Giving fund has been set up to financially support the family, who live in Hamilton, while he is unable to work.

So far, well-wishers have donated more than £9,000. Donations can be made by clicking on the link

Rosemina said: “We are very grateful for people’s prayers for my son and their help with the appeal.”

The collision happened at Wakerley Road’s junction with Ethel Road, shortly before 4pm.

Leicestershire police  said his silver Honda CBR 600F motorcycle was in a collision with a dark blue Mercedes C220d while he was travelling from the direction of the General Hospital and the car was travelling in the opposite direction.

The road was closed for several hours while police collision investigators examined the scene.

The person in the car was not injured, police said.