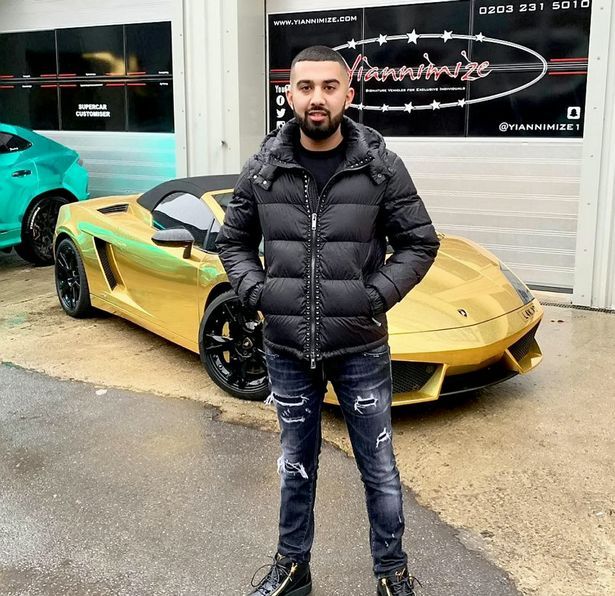 An unlucky Brummie Instagram star doesn’t have much luck with his cars.

The young entrepreneur has had Porsche wrecked by vandals after it got a makeover and just months after his Lamborghini went up in flames.

Self-made businessman Lak Sira, 22, saw his £125,000 Lamborghini Gallardo burst into flames earlier this year on a motorway just after he picked it up.

Lak managed to escape from the car with his girlfriend seconds before blaze on Friday, February 22 after he spent £12,000 on having his pride and joy gold-plate and £10,000 on a service at Lamborghini Birmingham. 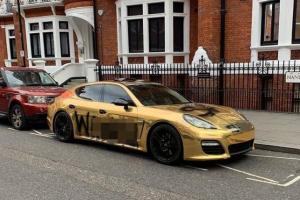 Now, Lak claims vandals sprayed ‘w*****’ and ‘s***’ on the side of his £80,000 Porsche when it was parked overnight in London’s exclusive Knightsbridge.

Lak, who has 179,000 followers, said at the time of the fire: “If I didn’t get out the car a few moments later it could have been a different story,”

“I had only just picked up the car a few hours from the dealership after spending more than £10,000 on servicing it.”

He added: “But I noticed straight away that there was something wrong as I could smell petrol in the cabin.

“But as we were travelling down to London the smell became unbearable and we had to open the windows and get out on the hard shoulder.

“However, the next thing we heard was a loud bang and the car caught on fire.”

The car was left devastated by the serious fire.

“I just had to watch helplessly as the car which I had worked so hard to buy went up in smoke.

“It was very frightening and my girlfriend is scared to get in any car with me now.”

He said: “We were called at 8.54pm to the southbound carriageway of the M6, between junctions 6 and 5, following reports of a Lamborghini on fire.

“Upon arrival, crews found the car fully alight and used a hose-reel jet to douse the flames.