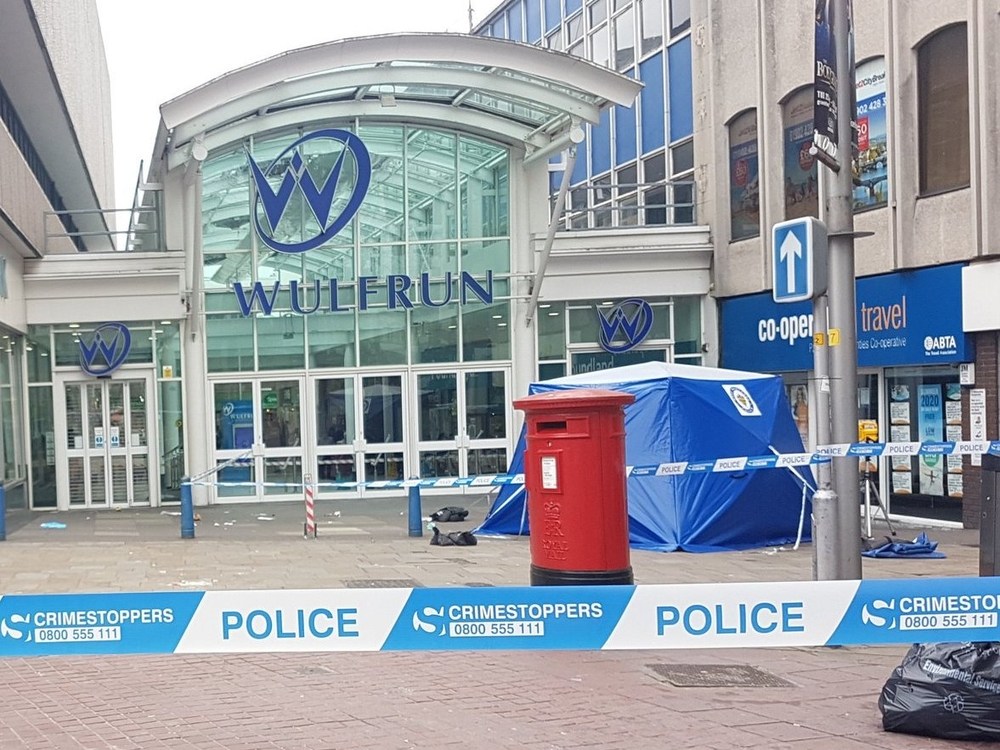 A manhunt is continuing today after a a 16-year-old schoolboy was struck with a hammer on the high street. The young boy was left critically fighting for his life.

The horrifying attack happened outside of the Wulfrun Centre, in Wolverhampton, yesterday (April 16) at 4.30pm.

Emergency services rushed to the scene as police received reports that a teenager had been attacked with a hammer.

He received specialist trauma care at the scene before being taken to hospital for further treatment, where his condition was described as ‘serious.’

Police say that his injuries are thought to be life threatening and the suspect is still at large.

An eyewitness told Black Country Live that screams were heard in the shopping centre.

“It was awful,” he said. “There was blood everywhere and I could hear a boy crying in pain.

“I really hope he makes a speedy recovery.”

“Investigations are ongoing and CCTV is being reviewed. Anyone with information is urged to contact us via Live Chat at west-midlands.police.uk between 8am and midnight, call 101 anytime or contact Crimestoppers anonymously on 0800 555 111, quoting log number 1734 of April 15.”

Black Country Live have approached West Midlands Police press office for further updates – we will bring them to you as we get them.