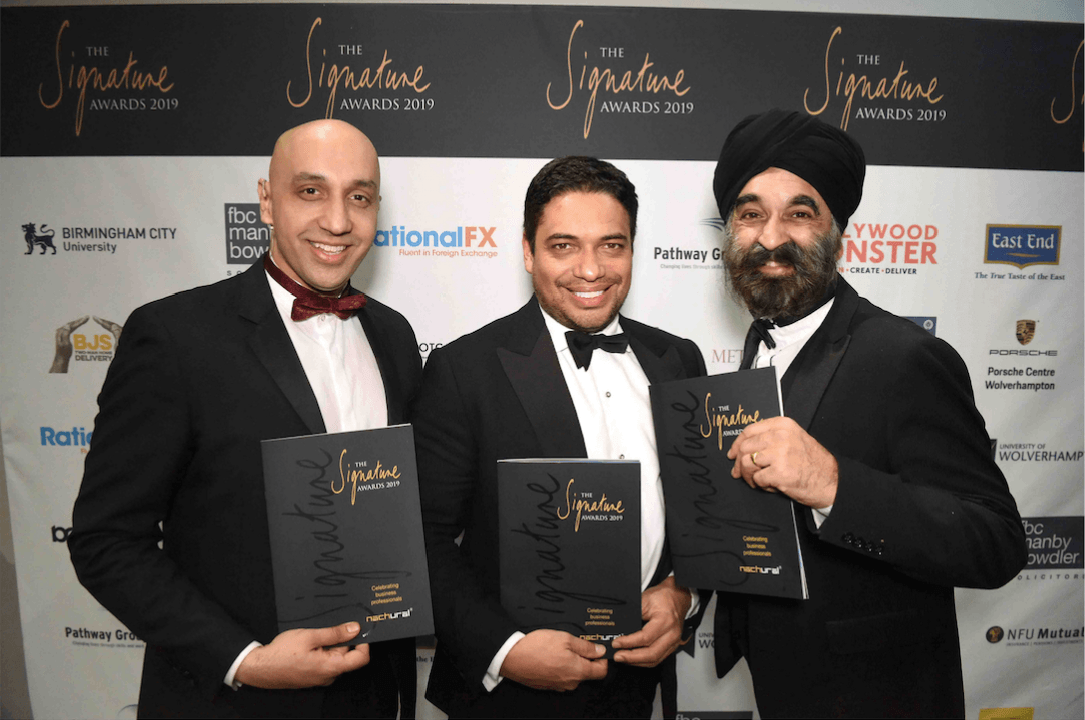 ‘In uncertain times, a business that has a diverse workforce is one that will have a greater probability to succeed in the future’.

This was the cry from the keynote speaker Piers Linney and host Ninder Johal at the Signature Awards held at the ICC on the 1stFeb in front of an audience in excess of 560 people.

BBC’s Dragons Den – Piers Linney outlined the changing economic landscape as a result of technological changes and the impact of AI (Artificial Intelligence). He spoke about his journey transitioning from working as a lawyer to becoming a highly successful entrepreneur. He asserted that the increasing use of robotization would change the employment landscape but would not replace humans as they (humans) had a greater propensity to be ‘creative’.

The recently appointed Deputy Lieutenant Ninder Johal who is a board member of the Black Country LEP and the West Midlands Growth Company observed that despite the uncertainty around Brexit, the region had several positives including being a test bed for 5G, the greatest number of start up’s outside London and despite the problems around JLR, the automotive and aerospace sectors continue to remain strong. He also pointed to collaborative partnership working amongst the political parties in the region who are aligned to the benefit of the region rather than based on political ideology.

Based in Walsall The Staffing Group (TSG) is the twenty ninth largest Recruitment Agency in the country. With a turnover of £350,000,000, they source clients with the same vision and values as themselves, supplying temporary and permanent workers, locally, regionally and on a national based. With growth exceeding 20% percent they are recognised as one of the top ten growing companies in 2018, and positively contributes to the regions GVA.

Established in 1992 they service some of the largest employers in the country providing flexible and reliable staff, meeting gaps where employment needs are greatest. Specialising in Logistics and Distribution, Food Production, E-Commerce and Automotive Manufacturing their strategic focus has until recently been to provide individuals with a work assignment where gaps in skills or production have arisen.

The charity Acorns raised £6500 and the event was hosted by ex BBC’s Tommy Sandhu.