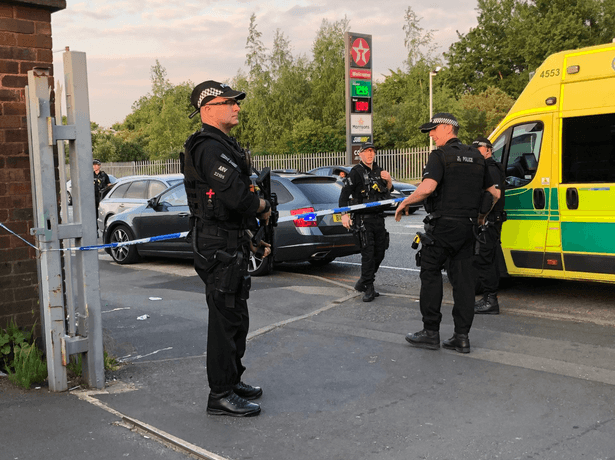 A vicious thug who attacked his victim with a baseball bat and machete on a petrol station forecourt has been jailed for almost eight years.

The attack took place last year May as the victim walked along Park Lane East, in Tipton, when a gang in a red Audi A3 attempted to drive at him. The victim jumped into a passing Vauxhall Corsa and was chased onto a petrol station forecourt in Dudley Port, Tipton, where it was attacked with baseball bats.

Two other people who were in the car got away, the man who was targeted was left needing surgery after taking a beating to his head and having his legs slashed with the machete.

After a police operation and a media appeal Mohammed Waqas, of College Road, Saltley, was identified.

CCTV of the attack showed Waqas leaning on a car to steady himself and, once identified, a fingerprint match sealed his fate. The 27-year-old was jailed for seven years and 10 months when he appeared at Wolverhampton Crown Court on Wednesday 9 January after pleading guilty to causing grievous bodily harm with intent, breaching an anti-social behaviour order and driving without a licence or insurance.