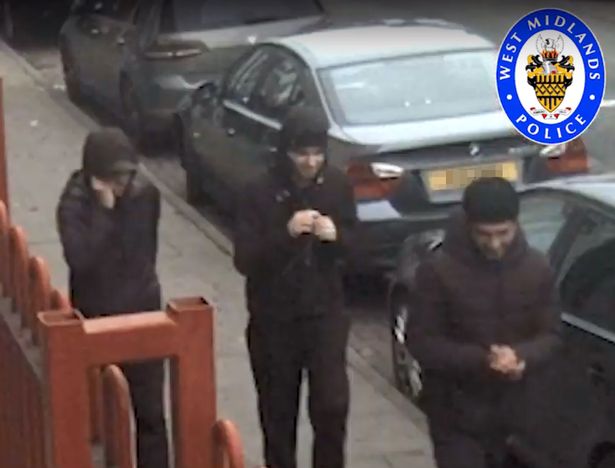 Three thugs dragged an innocent woman to the ground in a terrifying robbery as their victim was walking along a pavement has been caught on camera.

The woman in her 70s, was walking when the vicious gang attacked and pulled her to the ground in broad daylight near Haverlock Road in Saltley.

CCTV caught the trio clearly seen robbing the pensioner as the robbers run towards her – before another grabs and bundles her to the floor.

Helpless and left lying on the ground, another youth then snatches a tablet out from her hands.

The three youths flee and cut across a car park onto Alum Rock Road.

The woman was not injured in the robbery, which took place at 2.40pm on Friday, December 28.

Police investigating have released a desperate appeal and are urging anyone who recognises their faces to get in touch immediately.

The appeal from Birmingham Police read: “Do you recognise these men?

“We want to talk to them in connection with a robbery on a woman in her early 70s that happened in Saltley on Friday 28 December at around 2.40pm.

“The woman was walking along the road when a group of three men approached her. One of the men ran at her, grabbed her and pulled her to the ground.

“Another one of the other men then helped her assailant to pull a tablet out of her hand, before the three ran off down the service road, across the car park and into Alum Rock Road.