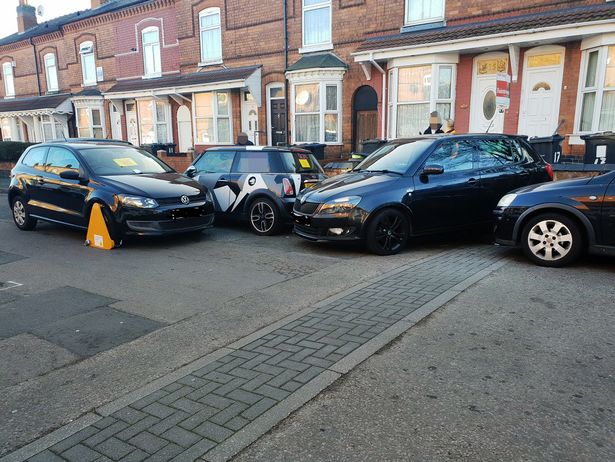 West Midlands Police teamed up with the DVLA officers clamped and then removed over 20 untaxed vehicles in a street blitz across Sparkbrook and Balsall Heath, East Birmingham. Following numerous complaints from residents.

Sparkbrook Police tweeted: “DVLA came to Sparkbrook and Balsall heath today Tuesday 8th January they had a very busy time over twenty vehicles removed your car needs to be taxed to be on a public road. This operation was by public request.”

There were 132 untaxed vehicles clamped or impounded in Sandwell council area, a slight decrease compared to 2016 when there were 166.

In Dudley council area there were just 11 vehicles clamped, a huge decrease compared to the previous year when 106 untaxed vehicles were clamped or impounded.

A spokesperson of the Automobile Association said: “Nowadays, thanks to new technology, drivers stand a much greater chance of being caught with an untaxed vehicle.

“Hence, drivers are playing with fire.

“However, we also know that some people can’t afford to pay for everything that keeps their car on the road legally. Fuel, insurance, or maintenance costs could push the cost of a car to the point that it becomes unaffordable.

“But many people need their car to go to work, and so they decide to take the risk – which is one reason why there are around one million uninsured drivers on UK roads.”