Home Latest Pushkar wins Best Restaurant in the Midlands at the 2018 British Curry... 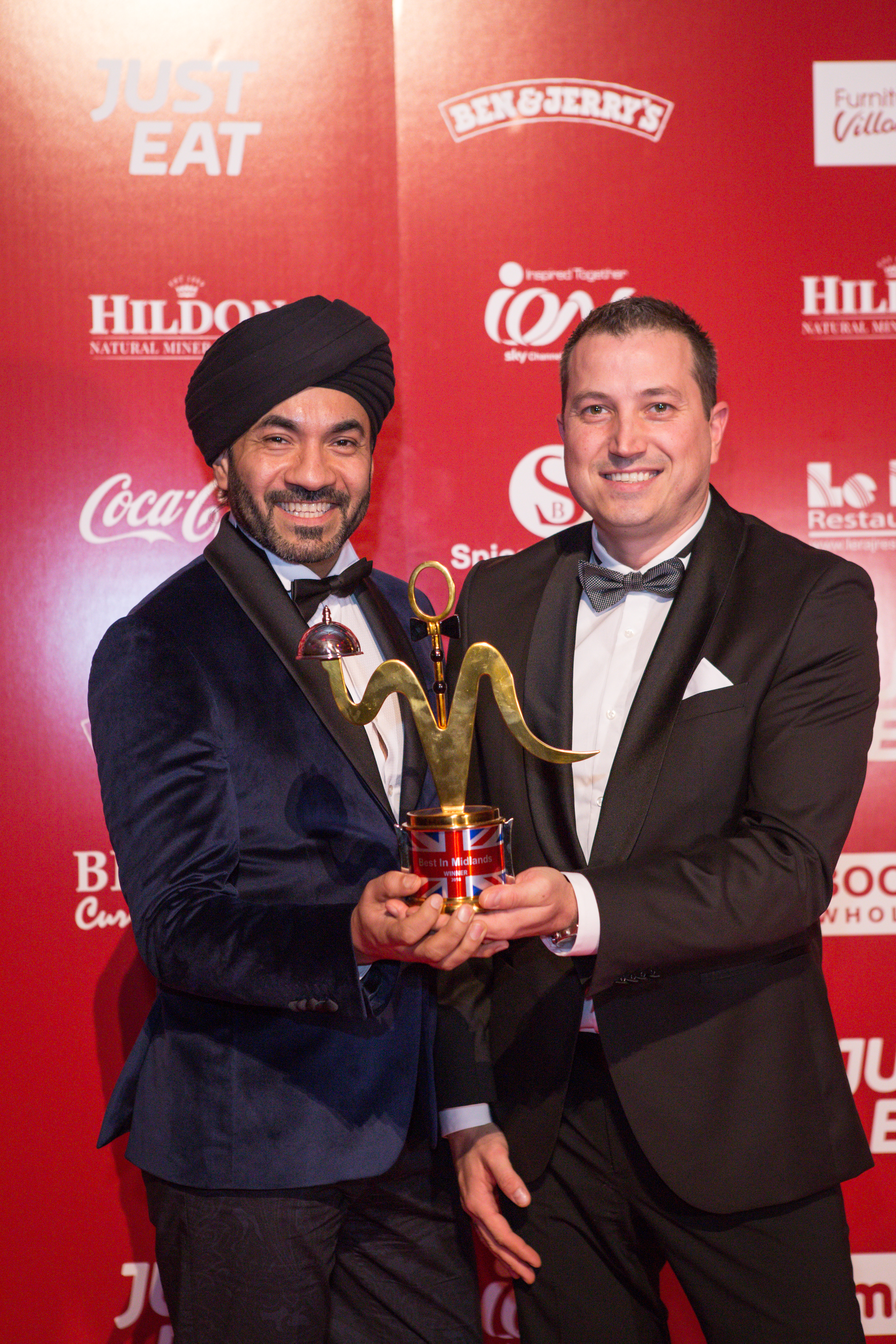 Christmas came early for Pushkar with their second British Curry Award win at the 14th annual ceremony on Monday 26th November at Battersea Evolution, London. The fine dining Indian restaurant based on Birmingham’s Broad Street was one of 20 restaurants to be shortlisted in the Best Restaurant, WestMidlands category.

Dubbed the ‘Curry Oscars’ by David Cameron, the British Curry Awards honoured the unsung heroes behind the UK’s favourite dish. The black tie awards ceremony was attended by the greats of the curry industry such as Enam Ali MBE (also the Founder of the British Curry Awards) and a few famous faces; comedian Russell Brand, TV presenter Hardeep Kohli, former goalkeeper David Seaman as well as political figures such as Nigel Farage and transport secretary Chris Grayling.

With approximately 25 million curries being consumed each week, the British Curry Awards has become a key fixture on the UK social calendar, lauded as a national institution in its own right as the first and landmark event to celebrate the industry’s achievements. The nomination process invited members of the public to nominate their favourite curry restaurant for a deserving accolade.

Pushkar’s Creative Director, Rai Singh, comments “We’re absolutely over the moon to have won the best restaurant in the West Midlands at The British Curry Awards 2018! I’d like to thank everyone who has supported us through the years, especially given the difficulties we have had to face. We could not have done this without the amazing team behind Pushkar who have consistently managed to overcome challenges and work harder than ever!”