Home Latest Mosaic artwork unveiled to celebrate 100 years since women were given the... 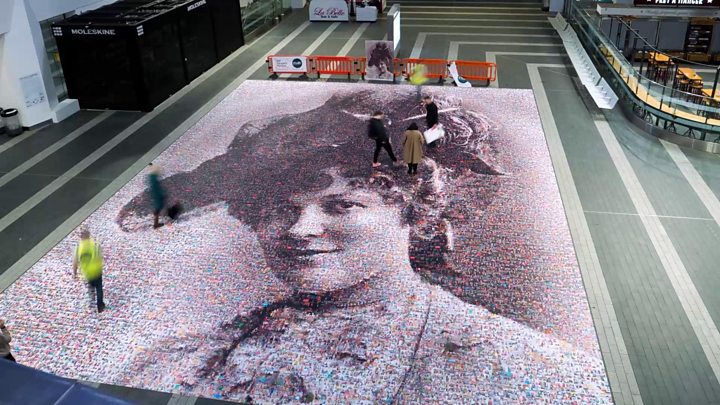 Three Black Country suffragettes feature in a new art display which was unveiled at Birmingham New Street station to mark 100 years since women were given the right to vote.

When the artwork is viewed from above, it shows Wolverhampton-born Hilda Burkitt who was a leading face from the suffrage movement in the West Midlands.

Evelyn Hilda Burkitt was born in Wolverhampton in 1876 and died in 1955. She worked at the Birmingham Women’s Social and Political Union headquarters, near New Street station.

Evelyn threw a stone at Prime Minister Herbert Asquith’s train as it pulled out of Birmingham New Street, after he attended a male-only budget meeting and she was imprisoned at Winson Green prison.

Another two women from the Black Country have also been honored including Emma Sproson, the first female Councillor for Wolverhampton and Mary Macarthur, from Cradley Heath, who have both been honored by posters on pillars in New Street Station.

The mosaic is made up of historical pictures of women from the West Midlands in the early 1900s and images of females today using photographs submitted by the public to be part of the commemoration. The mosaic was created by artist Helen Marshall, of the People’s Picture, who has inputted similar projects across Britain marking other historic occasions.