Home Latest Heavy Delays on the M5 after crash between lorry and cars blocks... 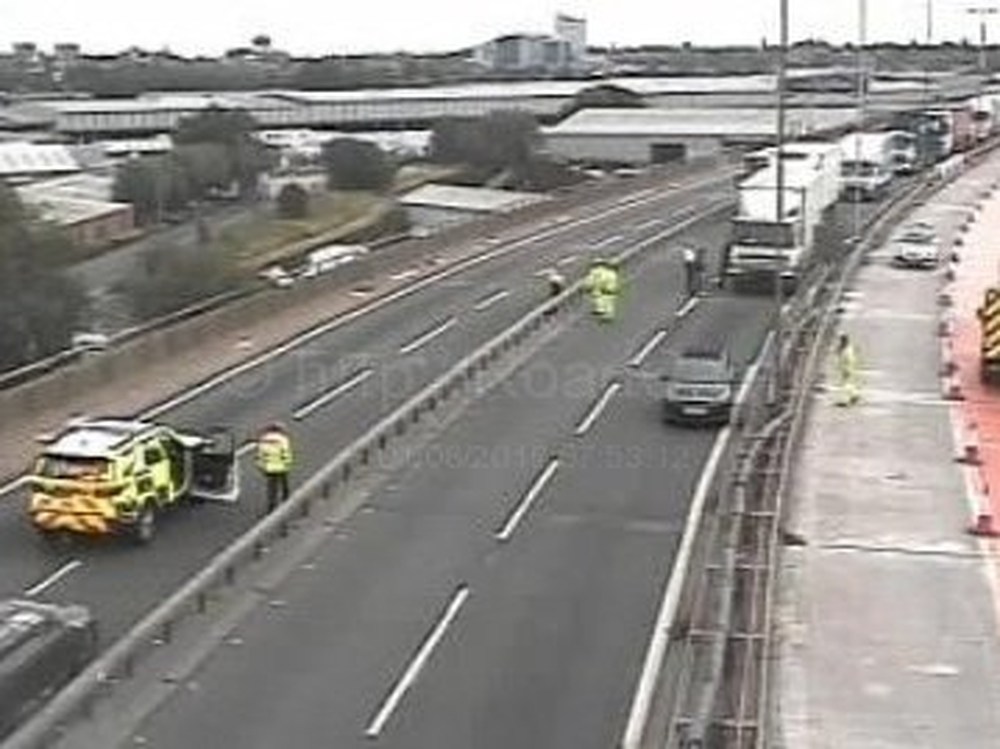 Motorists were informed of long delays after a crash on the M5 blocked the motorway in both directions. The crash happened between junctions one and two where a major roadworks scheme is in progress at Oldbury Viaduct.

A lorry and two cars were involved in the smash between West Bromwich and Oldbury at approximately 7.30am.

Highways England officials warned motorists of delays as traffic queued in both directions.

Recovery work was under way at the scene. Traffic was previously building up three miles back northbound to Halesowen at junction three with delays reported of around 30 minutes

And the route was heavily congested southbound past the M6 link at Great Barr towards J10 at Walsall with long backlogs of up to an hour.

The issue caused knock-on problems on neighbouring routes including around Birchley Island at junction two and Wolverhampton Road.

Birmingham Road past The Hawthorns and A41 The Expressway in West Bromwich is also heavily congested.

The section is already under a contraflow system with a 30 mph limit due to repair work to the elevated motorway at the viaduct.

West Midlands Ambulance Service say crews have not been called to attend the scene.