Home Features HALF OF INSTAGRAM USERS IN THE WEST MIDLANDS FEEL DISSATISFIED WITH THEIR...

There are more people using Instagram for interiors inspiration than ever before, but 49 percent of Instagram users in the West Midlands feel dissatisfied with their homes after looking at images of other people’s houses on social media, a study has found. Researchers who polled 1,500 UK adults using social media for inspiration with their homes, found that just 26 percent of people in the West Midlands are completely satisfied with the appearance of their current home.

Researchers who polled 1,500 UK adults using social media for inspiration with their homes, found that just 26 percent of people in the West Midlands are completely satisfied with the appearance of their current home.

A whopping 80 percent of those who are displeased with their home admit to feeling this way once a month or more after scrolling through other properties on Instagram, with 25-34 year olds feeling dissatisfied most frequently.

1 in 10 admitted to feeling critical of their own home several times a day after comparing with other properties on Instagram.

The findings describe people having an unrealistic idea of what their home should look like, spending time worrying about flaws which would be unnoticeable to others, whilst feeling pressure to maintain a certain appearance in their home and being self-conscious of it in front of visitors. This mindset has been described by Chartered Psychologist, Dr David Lewis, as ‘Home Dysmorphic Disorder’ (HDD).

Dr Lewis explains: “Our home is our shop window to the world. An outward and visible display of the way we want others to see and judge us. This is challenged when we are exposed, especially through social media such as Instagram, to the choices of others. The more comparisons we are able to make with the ways others present themselves to the world, the greater the dissatisfaction we may feel with our own surroundings. The more individuals worry about what friends, neighbours, and colleagues think of them, and this is more likely to be a concern for younger than older people, the greater their dissatisfaction. It is an increasingly common mindset that can be described as ‘Home Dysmorphic Disorder’ (HDD).”

The problem is changing one small item in a room can lead to an overwhelming desire to make major changes to their environment. This is sometimes known as the ‘Diderot Effect’ after the French writer. The ‘Diderot Effect’ typically starts with discontent about one, often minor, feature – such as an ornament, picture or item of furniture. It then quickly spreads, like an oil slick, to trigger unhappiness with the whole room or even the entire house.”

The phenomenon effects both genders but women are most at risk of developing HDD, with the fairer sex found to be 22 percent more likely to be affected by this, compared to men.

Young homeowners are most likely to be dissatisfied with their homes after looking at images of other people’s houses on Instagram, with 18-24-year olds being found to be most unhappy with their homes.

Commissioned by leading door and window brand, Origin, the survey found that many people have taken steps to make their home look more ‘Insta-worthy’. These include changing the interior, purchasing home accessories specifically because they will look good on Instagram and feeling pressure to be tidier than they used to be to maintain an Instagram look.

Ben Brocklesby, Director at Origin, said: “We know that Instagram is a fantastic tool for gaining inspiration for your house and that many people find the time they spend looking at other people’s homes on the platform a very positive experience. Indeed, 84 percent of the people we surveyed feel that social media is useful in giving inspiration and advice on styling their home. However, it is important to remember that the perfect homes we see on Instagram are not always a true reflection of the homes that people live their lives in.

“Our work is centred around helping people release the living potential of their houses to create a beautiful as well as functional family home. We know how key natural light is for healthy happy homes – and a great Instagram photo – and our products deliver this in abundance. But houses are not just staged Instagram sets, they need to function as working family homes too, and be a great and happy place to live. Our campaign is encouraging people to share un-styled images of their homes using #OriginInstaReality, to help counter feelings of HDD and celebrate family homes in all their real glory.”

43% of those surveyed felt that their home is messier than other people’s or have been self-conscious about people visiting their home as it doesn’t look like something from Instagram.

15 percent of people even admitted to falling out with family members in a bid to keep their home looking ‘Insta-worthy’.

Many have even spent money in a bid to recreate an ‘Insta-Home’, with West Midlands residents spending an average of £462 on their homes as a result of being inspired by the social media platform. It was also found that men are likely to splash more cash than women.

Homeowners aged 45-54 spend the most in their quest for an ‘Insta-worthy home’, splashing out an average of £530 after being inspired by Instagram.

Claire Isherwood from London spent a significant sum on her home in a bid to recreate a perfect ‘Insta-worthy’ home.

“When we began renovations on our kitchen last year I massively relied on Instagram for inspiration and found myself spending money on items specifically because I knew they would look good on my Instagram feed,” Claire explains. “Social media is a great resource for sharing creative ideas and interiors inspiration is no exception. Even without realising it, interior trends and the look of our homes will be influenced by others’ homes – it’s a modern day ‘keep up with the Jones’’.

“I would estimate I have spent £20,000 in total in a bid to make my home look like those I have seen on Instagram. Items I’ve bought have included a Loaf sofa, hanging plants, a bespoke shelving unit made from reclaimed scaffolding boards and poles, a bespoke concrete dining table with distressed metal legs and exposed brick walls, as well as the main refurbishment. Myself and my fiancé are very happy with the way our home looks now and are satisfied we have achieved the ‘Insta-look’. However, it’s likely we would have spent significantly less on our home if we hadn’t been influenced so heavily by the perfect homes we see on our newsfeeds every day.”

Paula Flack from London has also suffered the effects of viewing perfect ‘Insta-Worthy’ homes online. “I often feel down about my home as a result of comparing it to the houses that I see online. I increasingly feel the pressure to create a picture-perfect home and have even found myself staring at rooms in my house trying to work out if I could create a space that looks ‘Insta-worthy’.” Paula explains.

“I have even gone as far as ordering products that I have seen on other people’s Instagram accounts in an attempt to make my house looking more ‘Insta-worthy’, but they never look the same in my home and I still can’t recreate the looks I’ve seen. I’ve even considered redecorating whole rooms just to fit with the really popular rugs I have seen on social media, but I don’t think that would go down well with my family! It is particularly difficult when you have children. I would love my sons’ rooms to look like ones I see on Instagram but don’t see how this can be possible when my children want to use their bedrooms to play.”

To join the HDD conversation and celebrate homes as places to live life to the fullest, post pictures of your #InstaReality and #OriginInstaReality to share what your home really looks like. 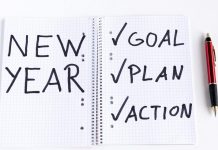 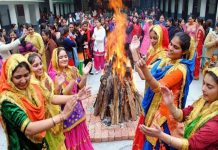 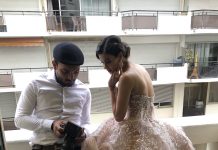 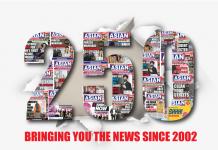