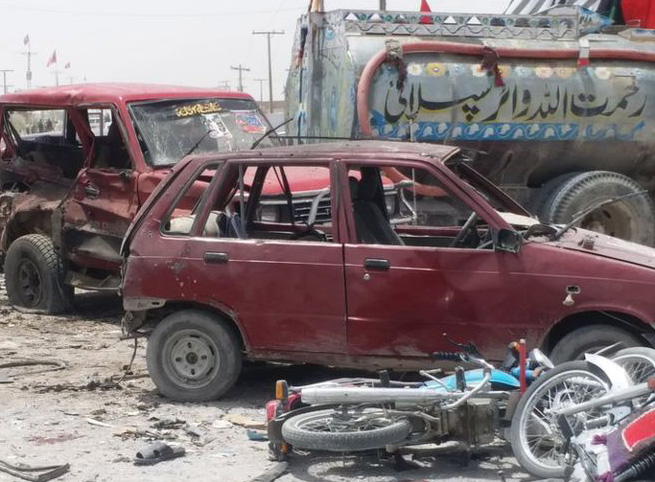 Violence has erupted as millions head to the polls in Pakistan, to decide between cricket legend Imran Khan and brother of disgraced former PM Nawaz Sharif for PM

Opinion polls suggest the election battle will be between the parties of ex-cricket star Imran Khan and the disgraced former PM Nawaz Sharif.

But the campaign has been surpassed by concerns of fraud and violence.

The Human Rights Commission of Pakistan says there have been “unconcealed” attempts to manipulate the polls.

Mr Khan has guaranteed to tackle corruption but his rivals accuse him of benefiting from alleged interfering by the military, which has ruled Pakistan for nearly half of its history.

Despite tight security, with hundreds of thousands of troops and police officers deployed across the country, there have been confrontations.

Officials say the attack in Quetta, in Balochistan province, was the work of a suicide bomber targeting police at the gate of a polling station. The Islamic State (IS) group said it was behind the attack.