Home Events CONCEIVE IT! BELIEVE IT! ACHIEVE IT! 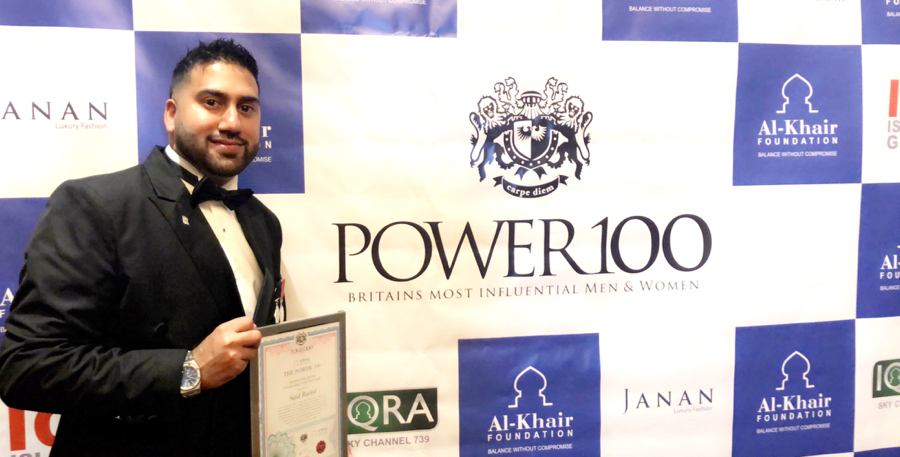 The Muslim 100 Powerlist is one of the most important events of its kind ever to be staged which will honour only the very highest levels of achievement from within the international Muslim community and positively promote the outstanding contribution made by Muslim men & women on a local, national and international level.

A pioneering, unique and prestigious initiative, The Muslim 100 names will include British based Muslim Powerbrokers and the Global Muslim men and women of influence from many Muslim countries including Indonesia, Pakistan, India, Bangladesh, Turkey, Saudi Arabia, UAE, Jordan, Palestine, Malaysia etc.

The Muslim 100 was launched at a star studded gala dinner in Central London at the Hilton Park Lane in Mayfair, London on 7thMay 2018.

This is the second time ever that such an initiative was held in Britain, and will, without doubt, catch the attention of the local, national and international media. Over 1,000 influential decision makers were in attendance to witness the launch of The Muslim 100. This was an evening unlike any other and will herald a new era for Muslims across the World.

The Muslim 100 event provides an insight into the mind’s of Britain’s top Muslim leaders and powerbrokers.
These men and women have forged unique paths, battling odds in the process whilst managing to bring about deep-rooted change.
They are disruptors and innovators who are able to create lasting legacies and have proven themselves on all levels both within the British and International arena.

With over 33,000 nominations from over 14 countries, ‘Sajid Rashid BEM’ was crowned winner bagging one of the biggest awards on the night ‘The Future Leaders Award’ presented to him by Dr Hany El Banna: making him the most influential muslim trailblazer in the world. In addition to this Sajid has many national accolades under his belt having been honoured by Her Majesty the Queen on the New Year’s Honours list 2016 with a British Empire Medal (BEM).

His citation and reasoning behind this award:

“In any society the presence of highly successful figures able to create and exercise a wealth of power and influence is a fundamental necessity.

These individuals are leaders, able to steer opinion and action towards the most positive possible outcomes in economic, social or cultural contexts. They are people who, either through position or personality exercise a significant power that influences events and sets parameters in the conduct of their organisation, the climate of political debate and the shaping of new ideas.

The Power 100 recognises the most influential young trailblazers internationally; whose exceptional work makes an enormous and essential contribution to the wealth, health and intellectual well-being of their respective countries.” 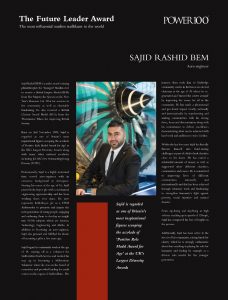