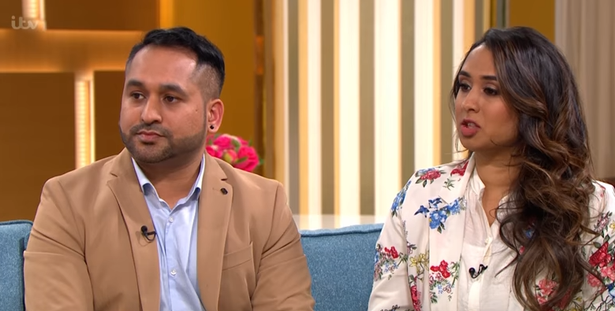 A brother and sister who flew from Birmingham Aiport were told by Emirates cabin crew to ‘sit in the loo’ after informing flight staff over their severe nut allergies at 36,000 feet.

Shannen Sahota, 24, and Sundeep, 33, were made to head to the toilet when cashews were served on their seven and-a-half hour flight after they warned the airline three times about their allergies.

The pair were shocked when the flight attendants brought out the fried nuts 40 minutes into the flight, leaving them “panic stricken”.

One member of cabin crew told them they might feel more comfortable if they moved into a toilet cubicle with cushions and pillows, they claim.

When they refused, they ended up sitting at the back of the plane with blankets over their heads for the remaining seven hours, to protect them from any airborne nut particles.

The brother and sister had booked to take their parents to Dubai and Singapore or their 60th birthdays and had paid £5,000.

Shannen said she told airline staff three times of the potentially life-threatening allergies – when booking, at check-in and on boarding the 500-passenger plane at Birmingham Airport.

“We were stunned when a supervisor told us ‘one way round it’ was for us to spend the flight in the cabin loo,” said Shannen, an analyst from Wolverhampton.

She said sitting at the back of the plane was “uncomfortable, embarrassing and demeaning”.

Sundeep, a contracts manager, said Emirate ignored all the information they had given them.

The airline claims the booking records do not reflect any mention of an allergy and it can never guarantee nut-free flights.

“When alerted during the flight, our crew tried their best to offer Ms Sahota and her brother alternative locations in an open space in back of the aircraft cabin to minimise their proximity to other passengers who may be consuming meals with nuts.”

The customer care team will be in contact with Shannen directly, they added.