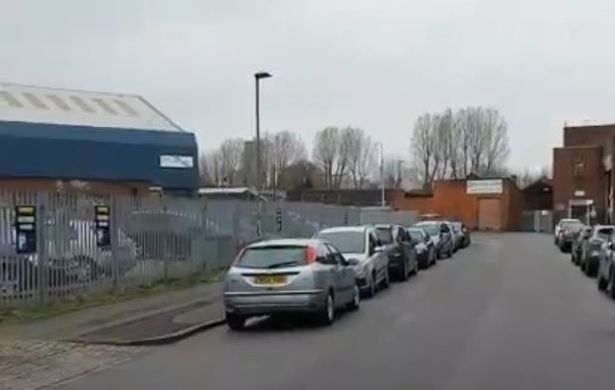 A young mum was dragged from her Audi S3 in a terrifying carjacking on Monday 26 March.

Sonia Kaur, 31-year-old administrator was in her car ready to head home after a day’s work when she was attacked her in broad daylight.

Sonia was ambushed by men wearing Joker masks and balaclavas at a car park on Liverpool Street, Digbeth.

She said: “I’d noticed a Fiesta running, but took no notice, because everybody gets in their car at that time.

“I’d taken my car keys out to click it open and put my bag on the seat and as I’d turned the Fiesta had come to the gate and two guys had ran out.

“They had these masks on with these big Joker smiles.

“It was terrifying, it was absolutely terrifying. It was happening, but it didn’t feel real, like it wasn’t happening to me.

“I hear about this all the time, I drive an Audi S3 and I know there’s a lot of people who try and rob them, but I never thought it would be me.”

The mum-of-two explained how they had dragged her out of the car before snatching her bag and tossing it to the floor as they hunted for her car keys.

“That’s when they realised they were in my hand.

Sonia ran from the scene and called her husband, who rushed to her aid.

Luckliy for Sonia, her car has a ghost immobiliser installed so when they returned, the thugs had fled.

“But when we got back they’d gone, they’d left the car door open the key in the ignition realised it wasn’t going to start,” she added.

“I’m shook up and aching from them dragging me.

“I tried not to let on to my children how I was feeling, but they knew something was wrong with mummy. They could see it in my face.”
West Midlands Police confirmed they are investigating the attack and urged anyone with information to come forward.

A statement from the force read: “Officers are investigating an attempted car-jacking in Liverpool Street, Digbeth which occurred just after 5pm yesterday (Monday 26 March).

“It is believed two men ambushed a woman as she unlocked her car in a car park and attempted to take her car keys off her.

“When unsuccessful, they ran off into a waiting dark Ford Fiesta car which is believed to be on false plates.”

Anyone with information or who saw what happened is asked to call police on 101, quoting crime reference 20BW/67743T/18.