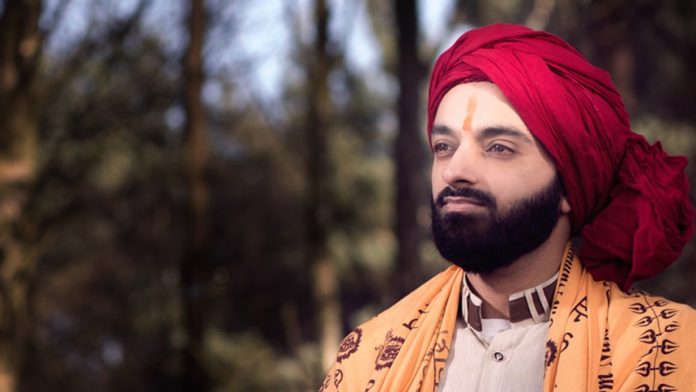 Dhoolab has risen as one of the most popular and dedicated composers of spiritual and Mantra chanting music. From ‘Kali Durge’ to ‘Hanuman Chalisa’ he has managed to craft engaging melodies that reflect his spiritual beliefs and ability to blend traditional and modern music. The record label no doubt seems a perfect fit for Dhoolab’s artistry.

Studio Sangeeta are fast approaching 1 million subscribers on their YouTube channel and have worked with some of the biggest names in India when it comes to devotional, folk and regional music such as Hemant Chauhan, Osman Mir, Kirtidan Gadhvi and Padmashree Diwaliben Bhil just to name a few.

For a boy from Birmingham to be named amongst these legends, Dhoolab revealed his happiness at spreading his music across the globe with the help of the label.

“I am very pleased. It’s hard to even describe how much hard work I have been putting in, but I truly believe that the grace and blessings from above come to those who work hard to pursue something they are passionate about.”

With over 500,000 views on YouTube for his Peace Version of the famous Hanuman Chalisa, Dhoolab has created a strong online presence and has previously been signed by major Bollywood record label Tips. Many other successful labels have expressed interest in working with Dhoolab but when asked why he refused to sign with them he stated “The deal was heavily in the favour of the label. As the content creator, I would rather release it independently with faith in God that it will reach the audience it is meant for.”

When asked why he chooses to create Mantra chanting music Dhoolab explained, “Westerners are coming to India to learn about yoga, meditation, mantra and spirituality in the thousands. They have inspired me to ask myself what am I doing with what is already in my genes. I couldn’t say any mantras some years back. But difficult times in my personal life inspired the thirst to learn, so I want to help those who would like to feel at peace. Creating such music gives me immense satisfaction.”

In terms of current plans with Studio Sangeeta they have agreed to release ‘Hanuman Chalisa’ this Hanuman Jayanti 2018. He will also be releasing a track dedicated to Lord Ram this Ramnavmi independently and later through the label.

Dhoolab is nothing but optimistic for the future, “With God’s grace, the blessings from my supporters, hopefully I can work on putting together a debut album of my Spiritual Music.”