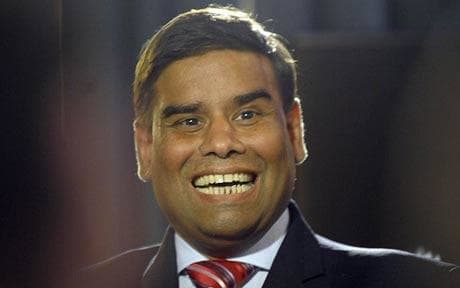 Birmingham’ s Labour MP Khalid Mahmood has been awarded a prestigious honour by Europe’s leading human rights organisation and has been named an honorary associate of the Council of Europe, at a ceremony in Strasbourg.

It Is believed that MP Mr Mahmood for Perry Barr, is to be the first Muslim to have received the accolade.

The Council of Europe supports freedom of expression and of the media, freedom of assembly, equality, and the protection of minorities. Campaigns on issues such as child protection, online hate speech, and the rights of Romani people, Europe’s largest minority have been launched.

Mr Mahmood was one of the UK’s representatives on the Council of Europe. He is now Shadow Minister for Europe in Jeremy Corbyn’s Labour team.

Mr Mahmood said: “It’s a real honour and I was very pleased to be named an honorary associate.”

Last year his life was saved after his friend, West Midlands MEP Siôn Simon, donated one of his kidneys to the MP.