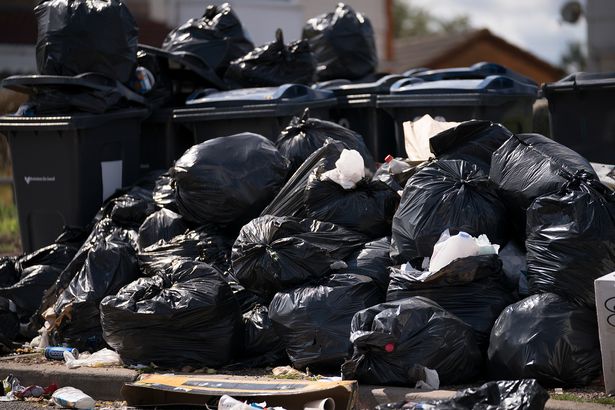 After months of strike action and disruption, weekly bin collections in Birmingham are set to return.

Birmingham City Council’s cabinet member for Clean Streets, Recycling and Environment, Councillor Lisa Trickett, confirmed that from Monday October 9, the city’s refuse and recycling collections will be back to ‘normal’ and resume on a weekly basis.

“I am pleased to be able to tell you that from Monday (9 October), we will be in a position to resume weekly collections,” she said in an email to fellow councillors.

“This has been helped by crews returning to work following the suspension of industrial action, which has enabled us to return to this position much more quickly than expected. I would like to thank the crews for their help in this matter.”

Speaking to residents, the councillor confirmed there would be a little leeway given over what items are placed in household waste and recycling bins – but urged people to ‘return to good recycling habits’.

Councillor Trickett said, “We also recognise that, due to the disruption, some residents may not have placed their recycling in the correct bins, leading to contamination. Therefore, we will be taking a pragmatic approach to how the bins are collected for the foreseeable future.

“To help encourage people to maintain or return to their good recycling habits, we will be pushing out videos explaining how to use each bin via our social media channels.”

Labour’s representative for Moseley and Kings Heath thanked the citizens of Birmingham and said, “I am grateful to people across Birmingham for the patience and understanding shown during this extremely challenging period.

“I fully understand the frustration felt by so many and can assure everyone that we want to work with Unite and the unions, via ACAS, to resolve the outstanding issues.”

The bin strike began at the end of June when Unite union argued that restructuring plans made by the local council threatened the jobs and pay of refuse workers. In response, the council claimed that the reorganization was much needed as the current situation was not sustainable and the new plans would save £5m.

A deal was apparently struck mid-August when the strike was suspended. However, the council pulled out the deal, according the union, leading workers to return to the picket lines and eventually costing council leader John Clancy his job.

On September 1, the strike resumed as 106 workers were handed their redundancy notice but the action was suspended again on September 20 when Unite won an injunction blocking the proposed redundancies.

A full court hearing is due in November to decide whether the council has acted lawfully in attempting to make its staff redundant.

Ian Ward has now been appointed as leader of the Labour party in the area and leader of the council and is tasked with finding a long-term solution to the binmen dispute, which Jeremy Corbyn has also called for recently, asking for the council to give the people of Birmingham “the clean streets they deserve”.