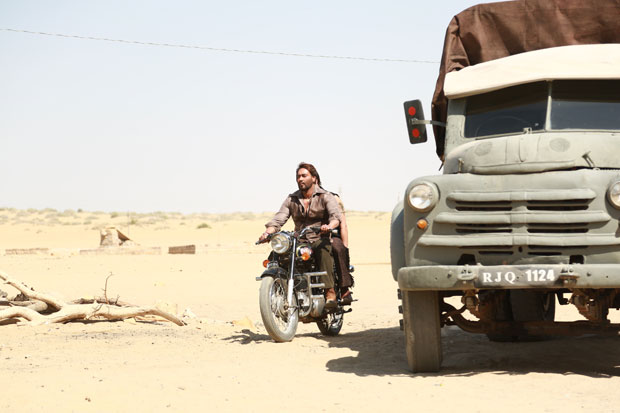 The stars of heist blockbuster ‘Baadshaho’ had to put their driving skills to the sword on the set of the movie.

Ajay Devgan, Emraan Hashmi, Vidyut Jammwal, Esha Gupta and Sanjay Mishra were all required to drive in the film, with vehicles ranging from old Jeeps to armoured trucks and even genuine cars driven in the 70’s in Rajasthan.

A tough ask for the actors, but such is the way of ‘Baadshaho’, which features action sequences throughout.

The actors performed an array of manoeuvres for the scenes, from sharp turns and driving at high speed and at some points had the crew looking between fingers. They came through, though, with the guidance of lead Ajay Devgan, who has experience in driving such two wheelers and four wheelers.

‘Baadshaho’ is released on the 1st September in the UK and is directed by Milan Luthria.