Home Desixpress What’s On at Cannes 2017 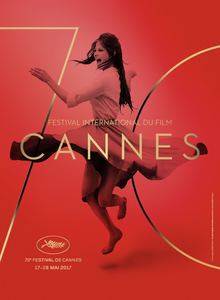 The illustrious Cannes Film Festival will be returning on the 17th-18th May, celebrating the very best of the film, tv and acting industry. Stars from all over the world will be flying into the Cote d’Azur to watch the latest blockbuster, independent and international movies.

Sangamithra, which is set in the 8th century and directed by Sundar C, will also be opening at Cannes.  Sundar C said, “It’s an honour to be unveiling Sangamitra at the prestigious Cannes film festival with my producers Thenandal Studios and my entire cast – Ra vi, Arya and Shruti. I am very happy that Sabu (Cyril) sir will also be joining us. This is the most challenging and special project in my career.”

Shruti Haasan, one of the main characters, is all set to make her Cannes debut. She said, “I’m so happy to be taking our film Sangamithra to an international audience via such a prestigious platform like the Cannes Film Festival. We know that this is a story which will find a great connect with national and international viewers and we are so happy to have them as part of our journey right from the beginning.”