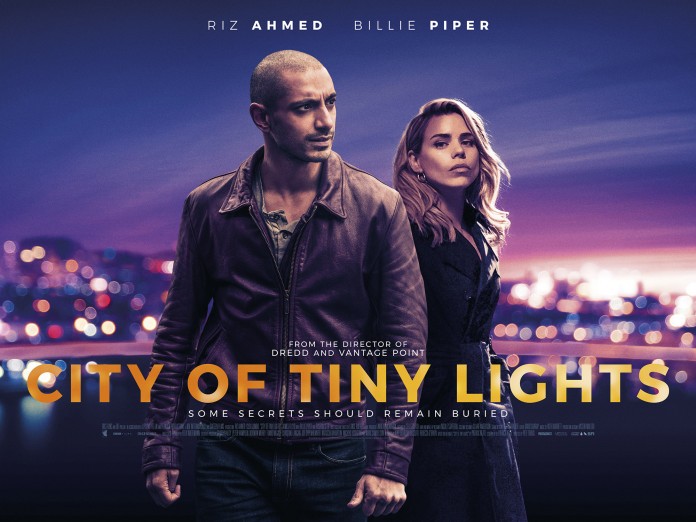 Riz Ahmed has certainly been making waves as of late and shows no signs of slowing down. The British Asian actor has seen his career take him from strength to strength. He starred in the acclaimed comedy Four Lions and most recently the huge accomplishment that is Rogue One. Now the actor is getting back to basics by starring in the upcoming City of Tiny Lights.

Starring opposite Billy Piper, City of Tiny Lights is based upon the novel of the same name by Patrick Neate. It tells the tale of Detective Tommy Akhtar (Ahmed) who finds a Pakistani business man lying dead in a hotel. Soon, he is embroiled in a dizzying plot involving the MI5, drugs gangs and even terrorists.

Directed by Pete Travis, one of the most popular names in the short film circuit, the film garnered fantastic responses when screened at the BFI Film Festival in October 2016. Thanks to the amount of significant international attention it has gleaned, it appears this British noir thriller will be yet another stepping stone to Riz Ahmed’s success.

The film also stars James Floyd, Hannah Rae, Danny Webb, and Charlotte Blake and is due out in UK cinemas on 7th April.