Home Desixpress Anna Heer Returns with Come to Me! 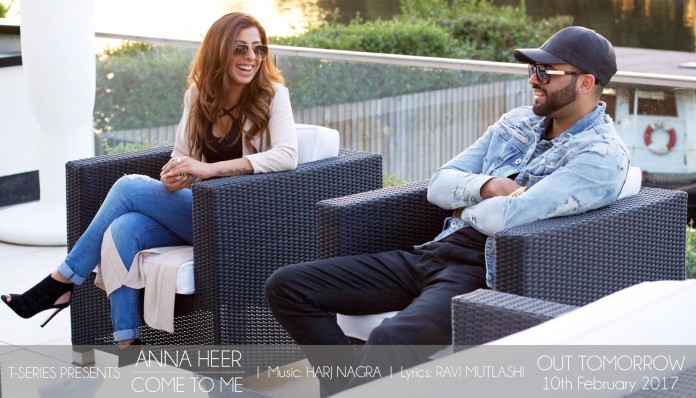 Anna Heer is back with a new vibe after the success of her debut release ‘Nishani Pyar Di’, produced by Popsy – the Music Machine.

After receiving much praise on her debut release coupled with her classical vocal ability, Anna felt it was important to showcase her creative versatility on her new single ‘Come To Me’, produced by Harj Nagra, releasing with T-Series.

Anna’s focus remains on being an authentic, unique artist within the Punjabi music industry, using strong meaningful lyrics within her musical art. The influences that resonate with her  own style, include artists, such as Zack Knight, for his mellow urban mood mixed relatable words and Jaz Dhami for his passion to always push the bar and experiment with his creativity.

Anna’s commitment to fine-tune her vocal versatility and engage with various live  performances around the country has been recognised in more recent times, when she won   the award for Best Newcomer at the UK Bhangra Awads in November 2016. An accolade that strengthens her passion in further pursuing her dreams of becoming a firm favourite within the Punjabi music industry.

Being a Brit Asian artist, Anna has been taken under the wing of the much respected vocal coaches Ustaad Ajit Singh Mutlashi and his respected wife Ravi Mutlashi. In an industry that is short of female Punjabi vocalists, it is inevitable that Anna Heer is sure to make noise with her vocal capabilities coupled with her slick presence in her new single ‘Come To Me’.

‘Come To Me’ with music by the talented Canadian ‘Hot Shot’ Harj Nagra is out on all leading digital music stores this Friday 10th February 2017.

“Having known Anna not only within a professional capacity; but a personal too, I’ve seen the many strengths and abilities that she possess as a person and an artist.

Although born and bred in western society; she doesn’t hold back in bringing culture and tradition to the forefront of her music, showing us just how diverse she can be.”