We spoke with Padukone about the making of her new film in Mexico City.

It’s been so exciting and so much fun. I think this was the most perfect launch of a new film that anyone could have asked for, period, especially considering what a big franchise movie it is and that Serena, my character, has such a strong part – so different from the way we’ve seen women in action films before. I think all of these things made this experience, for me, truly special.

Tell us about your character, Serena Unger, and how you approached her.

I think my approach was pretty organic. For me, Serena is someone who’s very today, very contemporary. And she’s also very relatable. I remember watching action films when I was a little girl and thinking ‘Why am I watching this movie?’ Because there was nothing to relate to. When I read the script of xXx and saw what an important role Serena plays in the story, first as an individual – strong, confident and intelligent – and then how she works with others to form a team and even lead the group when she needs to… Well, I was hooked. She has a lot of fun moments as well and a lot of romantic moments too… I think all of these things make it so, so relatable, especially for women. I think every woman has that strong, heroic voice inside them. I think Serena is the representation of that voice.

It seems like the part was written specifically for you.

In a way, yes… Vin and I had begun working together on another project that didn’t work for logistical reasons. But I had such a great experience when I met him and he remembered me from that when he decided to revive XxX.  And so I didn’t have to audition for the role. It just landed in my lap because I was right for the part. Everyone now, of course, is asking me “How does it feel to represent your country with this film?” I think all of those things are amazing, but as an actor the most important thing is just to fit the part… And so I think that it’s very, very flattering. Especially that when they decided to write the film, they thought of me first.

What kind of training did you do to prepare for it?

The physical part of it was what I needed to focus on most. The character herself was very relatable, as I said. It was something that was very organic. But the gun training, the weapons, the knives – those are the things that I needed to work on. I had done an action film in India before. But it didn’t involve any weapons. The minute you have weapons involved, the kind of focus and concentration that’s required is much more intense. And so to get there, we would rehearse every weekend. We’d film Monday to Friday, and then train over the weekend to make sure we’d get it right. 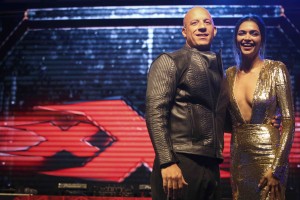 MUMBAI, INDIA – JANUARY 12: Vin Diesel and Deepika Padukone attend the Mumbai Fan Event of the Paramount Pictures Title “xXx” on January 12, 2017 at PVR, Phoenix Lower Parel in Mumbai, India. (Photo by Ritam Banerjee /Getty Images for Paramount Pictures)I felt very comfortable. I think it helped that I’d met him before and that we had that connection. So when I walked onto the set, I felt like I already knew him. It was not a new relationship that I had to discover. But also there was DJ Caruso. You know, it’s so important to have a director who believes in you and who keeps feeding you that energy and making you believe that whatever you’re doing is beautiful and amazing. At least, I’m that kind of actor. I need my director to keep telling me that I’m doing well, because that gives me the confidence to do even more. So my sense of confidence and comfort came from Vin, but a lot of it came from DJ as well. It really came from both of them.

What was the vibe on set like? From what I’ve heard, it sounds like the cast formed a special bond making the movie?

Absolutely, films will come and go but it’s the experience that stays with you forever. We became a real family making this film. And I think everyone really gave their best effort to make the best film possible.

What was it like to be finally filming the action sequences? Is there a particular scene that stands out for you?

There are a couple. First, there’s the one after the grenade sequence where I take down those Russian guys in hand-to-hand combat… I was in so much pain after that day! You know, almost a week after that I still couldn’t move (laughs)… The other fun sequence for me was the one with Ruby Rose, where we’re both firing weapons. We had to train constantly to get all the elements right for that, because we had to be perfectly in synch with each other. That was another really great one for me… In the film it takes place in slow motion. It’s an action sequence, but it almost looks like a beautifully choreographed dance scene.

How does your Hollywood experience compare with your Bollywood one? How are the two different and how are they similar? And how will it affect your career?

We’ve talked about how the part was written with you in mind. Did you have any additional input as to her development before the cameras rolled?

I actually went in a couple of weeks before they needed me to start filming and I remember doing this brainstorming session with the writer and with my director. We sat locked up in my room for an entire day, just going through it, scene by scene. She was already a well written character. But there were certain things that I thought I could add, certain things I could remove, certain feelings or emotions to highlight, which only an actor can do when you step into it and you ask certain questions. So I went through that entire process with the writer and director and I think that for me was the most fruitful experience. Because once we had that out of the way, when I actually started filming, I had no questions. I had no doubts. I knew what I was doing with Serena. I knew where her journey started and where it was going to end.

What was it like watching the finished film for the first time?

My first reaction was that we made such a beautiful movie that’s also entertaining and fun. Obviously, it’s got the adrenaline. But there’s also a socially relevant message there. It’s very difficult, I think, to come across scripts that have both. Sometimes you have films that really have a very strong message, but they’re not very entertaining. And then you have the entertaining films that just leave you feeling nothing. For me, xXx is unique. It has all the action and adventure, and it’s fun. But at the same time, it makes you think. Best of all is how DJ Caruso has blended it all together so seamlessly.

Will there be more films in the franchise? And if so, will you be back for more?

Will the franchise continue? I don’t know. I think it’s too soon to tell. I think we first need to share this film with the world before we can think of anything else… Right now we’re just focusing on sharing this with the world. 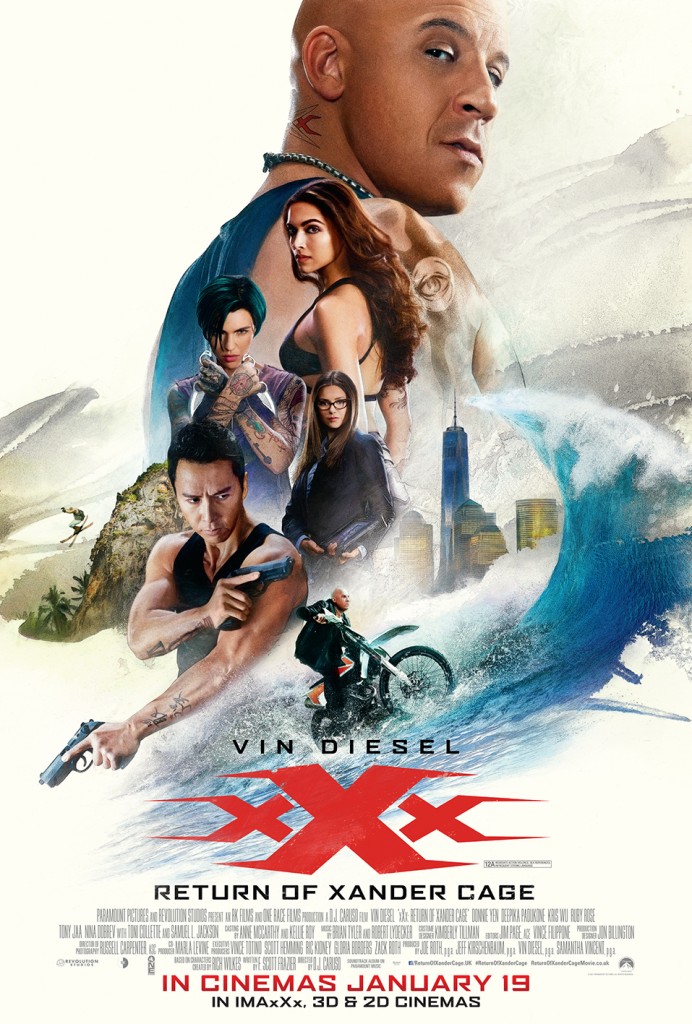