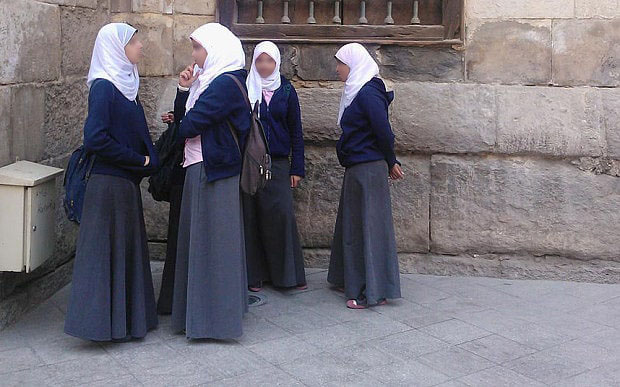 The much controversial hijab is back in  the news again after a four year old girl was sent home for wearing the headscarf. Her school, St Clare’s School in Robert Road, Handsworth, has banned children from wearing hijabs in class. They told the child’s parents that the Catholic school had a strict dress they expected all kids to follow.

Birmingham Councilor Waseem Zaffar met with the Headteacher on January 20th, ‘clearly outlining to her that this policy contravenes with the equalities act.’ Zaffar, a cabinet member for equalities, challenged the schools ban. 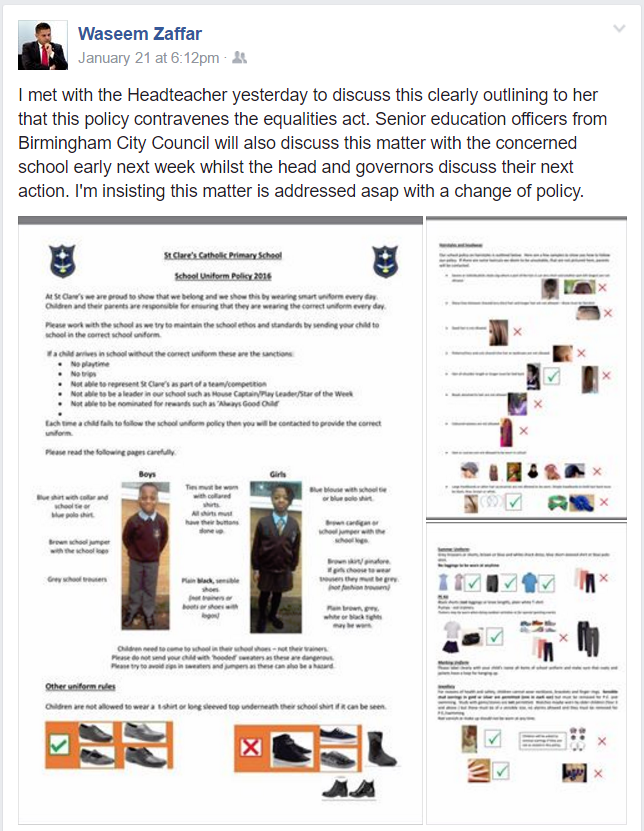 However, some have come out in support of the ban. Shaista Gohir, of the Muslim Women’s Network, said:

““We challenge parents who spray tan or give pole dancing classes to seven-year-olds, so we should be challenging Muslim parents who make young children wear the hijab. I’ve seen girls of two wearing them.”

She added, “While schools have to be inclusive, they haven’t done anything wrong because there is no Islamic requirement for a four-year-old to wear a headscarf. What is the need to put a headscarf on a four-year-old?

“Because it is not a part of faith. I would not like to see it normalised for four and five-year-olds to be wearing headscarves. In the current climate there is so much negativity towards Islam. By saying it is part of faith, when it isn’t – or normalising it – is not a good thing.”

She went on: “But, as it is not a matter of faith, the school is as entitled to tell children not to wear it as they are to stop a child wearing trainers or even a Superman costume. Let them be children, they’ve got their whole life to wear a headscarf if they want to.”