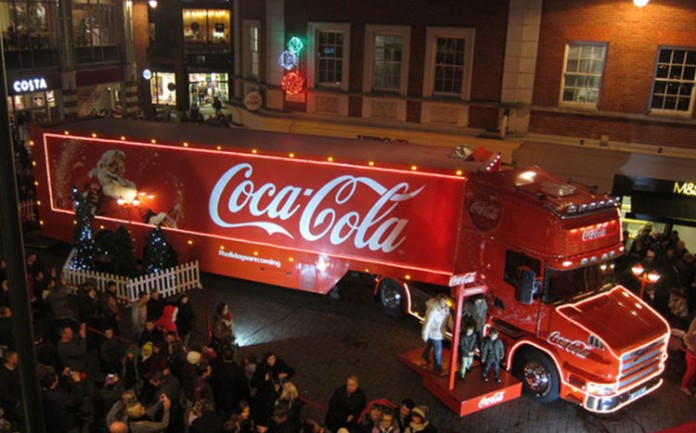 What better way to know that Christmas is just around the corner, than having the famous red Coca-Cola lorry in the middle of Bullring, giving out free drinks?

Although Birmingham was left out in last year’s Coke tour, we can assure you that year we are indeed included in 2016’s fizz filled trip. It will be the 6th year in a row that the lorry has toured over the UK making it an event that adults and children both alike look forwards to.

The nationwide tour has already begun and has a total of 44 stops over England, Wales and Scotland.

It will be in Birmingham on December 17th and the lorry will be parked on St. Martins Square at the Bullring city centre. They will start giving out the drink between 1pm and 9pm, so make sure that you take out some time and stop by!

For those who are unfamiliar with what happens there, all visitors will receive a free 150ml mini can of either Coca-Cola, Diet Coke or Coca-Cola Zero Sugar. Each visitor is allowed only one can and unless chaperoned with a parent or guardian, under 12’s won’t be provided with one.

Many of us love taking pictures of the lorry and selfies with it, but this year there will be an added excitement to the experience. Coca Cola is telling us that we will be able to take a stroll through “an enchanted winter wonderland.”

As well as this, this will also be an after-dark surprise, at which they will be showing us a short Christmas animation on the lorry.